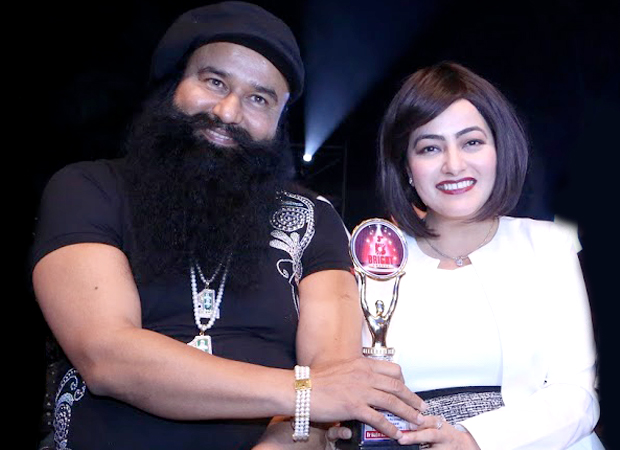 When Saint Dr. Gurmeet Ram Rahim Singh Ji Insan’s movie is about to hit the screens, fan frenzy is but expected. However, the superstar’s latest film Hind Ka Napak Ko Jawab has outdone every possible explanation in the book. In fact the Saint himself has received yet another Asia Book Of Record mention for having 43 credits to his name in his upcoming venture. From the way he does all the death-defying stunts in all of his films, to the way he walks, talks and dances, this Rockstar Saint does it all in his own, unique style.

Dr MSG’S Hind Ka Napak Ko Jawab-MSG Lion Heart 2 is all set to hit the screens on February 10. So what makes him, the ultimate Superstar and such a phenomenon? Being one of a kind, he has played 43 characters all by himself, in this fourth instalment of MSG series. That’s why no one comes even close to being anything like him. Whether it’s his style, the films he’s done or his off-screen persona, He is in a league of his own.

As an actor, Saint Dr. MSG has made records of all sorts; as he finishes every scene in one go without the need for a retake. Seeing this perfection, he has bestowed the title of "One Take Hero". Being a successful director, Saint Dr. MSG has an innate talent of directing movies. He can quickly visualise a scene, arrange for its enactment, keeping all the minutest detail, and direct it in quickest possible time. He has all the possible qualities of a brilliant script writer too, which is pretty evident from the scripts of his MSG series. From being a singer to choreographer, Saint Dr. MSG is renowned for his powerful singing and amazing vocal range. He is a master of all genres, be it pop, folk, jazz, hip hop, rap, soul, rock, techno or trance, besides classical music. On the other hand, he is an expert in visualizing and incorporating any dance step, of any song, while exceptionally working out on its theme.

He’s a real master in production designing, where he is being seen handling the overall visual look of the production brilliantly, thus creating various motion pictures on field. Supervising all the special effects in a film is not at all a kid’s play. But guess what, Saint Dr. MSG is experienced enough for this talent too. He took the responsibility to check all the manual or mechanically manipulated effects all by himself, that were used to give various atmospheric effects, such as creating physical wind, rain, fog, snow, clouds, etc. Most of his Rockstar image is enhanced by his different costumes only, himself being the costume designer, creating characters and balancing their scenes with unique style, texture and colour. In Bollywood, the clever lines, or punch dialogues are the indicators of a movie’s popularity. Saint Dr. MSG has uttered mostly the best, that are remembered, repeated and have become a part of common lingo. He also knows how to work magic with words and writes all the beautiful lyrics effortlessly; composing the tune for the same and presenting it live simultaneously.

He has got the right moves in being a professional editor. He’s also the master mind behind all the edited movies and video clips. Also, he has got everything that it takes along to be a pro in Director of Photography. Be it, regarding making an artistic and technical decisions related to any image or handling over all the photography components of film, including framing, costumes, makeup, and lighting, he just knows it all. He himself has taken to sound editing, for selecting and assembling the sound recordings for the final sound mixing and executing it all with ease. Now, ever thought of anyone else playing a job of screenwriter so convincingly? Well, Saint Dr Gurmeet Ram Rahim Singh JI Insan did this too. Saint MSG is known to be a unique music composer in our industry, who composes soul stirring melodies in no time.

Dr. MSG’s journey is an inspiration to millions. With a queue full of these many talents, he is an expert action director and visual promotion artist too. Apart from that, he has amazingly done all the tasks and duties of an art director too, thus working on various designs to produce an effective advertising campaign, commissioning specialists, such as artists and photographers, to work on projects. Directing all the background score which was being played in the course of the film, was also under his command, thus, making him the background scorer. Taking charge of a voice over artist, he provided voices to his lead actors who were representing a specific character, be it off-stage, off-screen or non-visible characters in various works, including feature films, dubbed foreign language films, comedy, etc.

Getting a tag of VFX creative director is not everyone’s cup of tea. But nothing seems impossible for this super human, who has given his inputs on various aspects of production, including story development and storyboarding, blocking, staging, advising the director on actor movement and what not. On playing his role as the sound designer, he has himself planned and provided all the sound effects in the play, including music from existing sources. He has undergone all the processes of specifying, acquiring, manipulating and generating audio elements. Now, being the music director, Dr. MSG has created an altogether different atmosphere of his movie by selecting the soundtrack too. Apart from all this, Saint Dr. MSG has also donned the hat of a publicity designer executing it with sheer brilliance. Well, age is just a number for him. The Superstar is 49 now, he can fight, romance and deliver utterly captivating performances and do it much better than most of his younger peers, that too without a retake! Yes, here also, he himself took the charge of stunt performer in all his movies, without any body-double till date.