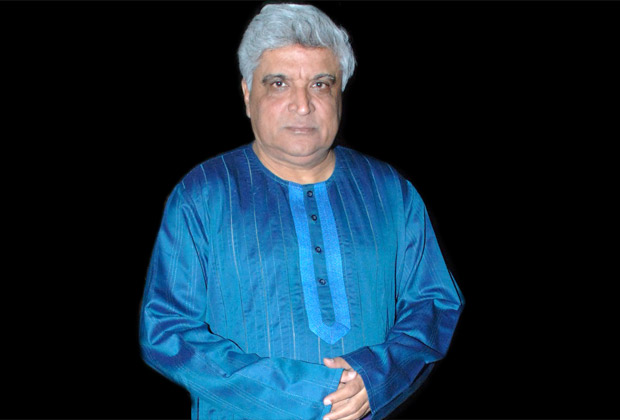 As one of the most astute articulate and informed voices in the Indian film industry, poet-writer-thinker-activist Javed Akhtar is understandably concerned about the escalated tension between India and Pakistan and the ensuing call for a ban on Pakistani presence in Bollywood.

Opines Javed saab, "The situation is indeed serious and requires drastic measures. If we look at the scenario what we are constantly getting are terror attacks, whether it is Pathankot, Mumbai or Uri…we always find Pakistan’s name being linked to terror in our nation."

He sees the necessity for cultural exchanges between the two countries, but, wonders at what cost! "Cultural exchanges have their own place in relations between any two countries. However the cultural exchange between India and Pakistan has never been balanced. India has always been most gracious and welcoming of Pakistani artistes, whether it is Ghulam Ali, Mehdi Haasan, Nusrat Fateh Ali…the list of distinguished visitors from across the border has been long and illustrious. Whether it is singers, writers, poets, we’ve always shown the utmost warmth to them in our country."

Javed saab recalls Pakistan’s pre-eminent poet Faiz Ahmed Faiz visit to India. "He was treated by Prime Minister Atal Bihari Vajpayee like a head of the state. He had full security and was escorted by a fleet of cars everywhere in India. But this sort of hospitality and privilege have not been given to an Indian artiste in Pakistan, not even Lata Mangeshkar who is by far the finest and the most popular singer of the Asian subcontinent."

However, there is the other side of the picture.

Explains Javed saab, "We must draw a distinction between the Pakistani establishment and the public. The Pakistani public loves Indians entertainers, be it actors or singers. If there are no public performances by Indian artistes in Pakistan, is it the public that is responsible? Or is it the Establishment? If Lata Mangeshkar has not performed in Pakistan, is the public responsible? Not at all! Given half a chance, the Pakistani public would warmly invite Indian artistes. But the Establishment would not allow it. Poets like Ali Sardar Jafri and Kaifi Azmi and writer K A Abbas were warmly welcomed in Pakistan by the public. But their government-sponsored radio and television channels did not feature even a brief interview with them.”

The poet exonerates artistes on both sides of political machinations. "Artistes in Pakistan and India are equally innocent. Their presence in either country should not be politicized. Artistes coming into India are the only sector open between the two countries. If Pakistani artistes are stopped from coming to India, the  Pakistani fundamentalists and the Pakistani army would be very happy. This is exactly what they want. And if we discourage Pakistani artistes from coming, we’re playing into the Pakistani fundamentalists’ hands. "

Shabana and Javed saab have paid many visits to Pakistan in the past.

Says the poet wistfully, “I don’t think the Pakistani awaam is against India and Indians. Not at all. Hopefully, the tension between the two nations will be defused soon. Look at Europe. They were so splintered at one time. Until April 1945, they were bombing one another. Now, they use one currency everywhere in Europe.”

When told how singer Asha Bhosle was abused by some Pakistanis when she tweeted ‘Jai Hind’, Javed Saab chuckles, “I will tweet my ‘Jai Hind’.

It's my birth right to praise my country. ”