Arjun Kapoor has never been uninhibited about speaking about his relationship with his family and especially with his father’s family! We saw the dynamics undergo a massive change when Arjun stood by his step sisters Janhvi Kapoor and Khushi Kapoor after Sridevi’s demise. And the actor yet again faced the media and clarified on how the relationship has changed. However, he prefers to not talk about it too much and there’s a specific reason for why he refrains from doing so! He recently revealed that he is afraid of nazar [when someone casts an evil eye] in their relationship! 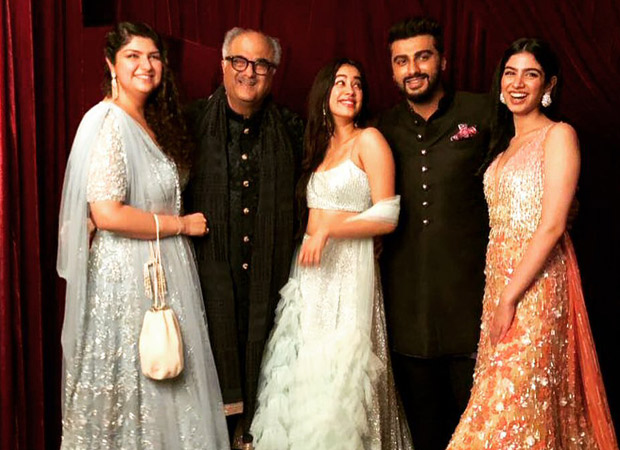 In recent reports, Arjun Kapoor, who is gearing up for the release of India’s Most Wanted, spoke about Janhvi Kapoor and Khushi Kapoor. During the same, he added that he is afraid to talk about it too much because nazar lag jayegi! The actor stated that they were brought together by the worst circumstances when their mother passed away and all they are doing is trying to make the best of it. He also maintained that he can’t say that he completes knows them since he is still in the process of discovering them. He further clarified that he has a long way to go before he claims that he knows them inside-out. He revealed that they constantly stay in touch through WhatsApp considering their busy schedule.

Unlike Khushi Kapoor, who is still studying, both, Arjun Kapoor and Janhvi Kapoor are busy with their respective work commitments. The two of them gave a glimpse of their off screen rapport when they came together on national television for the first time on Koffee With Karan 6 last year. Besides India’s Most Wanted, Arjun Kapoor also has Sandeep Aur Pinky Faraar and Panipat amongst other films in the pipeline whereas Janhvi Kapoor has Gunjan Saxena biopic Kargil Girl, Rooh-Afza and Takht coming up.