Arjun Kapoor and Kriti Sanon are busy promoting their upcoming period drama film Panipat. The film revolves around the third battle of Panipat. Arjun Kapoor plays the role of Sadashiv Rao, while Kriti Sanon will be seen portraying the character of Parvati bai. 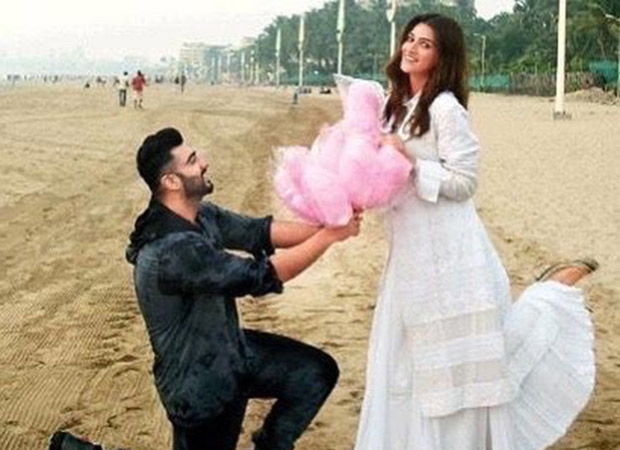 Amidst their promotion, the two actors were seen goofing around in Juhu beach. Arjun Kapoor took to Instagram to share a picture of him and Kriti. In the picture, Arjun can be seen on one knee offering candy floss to Kriti Sanon. Along with the picture, he wrote, "In this digital time of Candy Crush, we can all do with a bit of the outdoors & Candy Floss too..."

In this digital time of Candy Crush, we can all do with a bit of the outdoors & Candy Floss too... ???? @kritisanon #panipatpromotions

Panipat is directed by Ashutosh Gowariker and is based on the third battle of Panipat, which took place on January 14, 1761. The battle was fought between the northern expeditionary force of the Maratha Empire and invading forces of the King of Afghanistan, Ahmad Shah Abdali, supported by two Indian allies—the Rohilla Afghans of the Doab, and Shuja-ud-Daula, the Nawab of Awadh.

Also Read: “I confess that I am no hero,” says Arjun Kapoor as he writes an emotional note for his mother