Arjun Bijlani started off his journey in Remix and then moved on to Left Right Left where he had a full-fledged role as Alekh, who gets sent to the military academy from jail. He has been a heartthrob for the longest time and still manages to woo his female fans by posting pictures on his social media. He surely has come a long way from when he started his journey. Arjun Bijlani has even moved on to hosting reality shows as well. 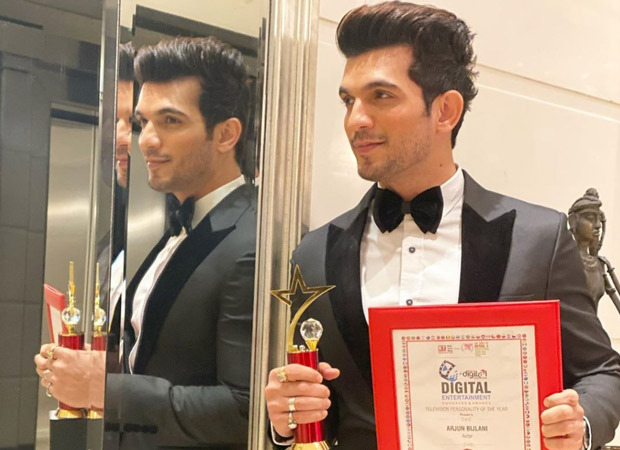 Yesterday at the Global Digital Marketing Awards, Arjun Bijlani was given the title of TV Personality of the Year 2019. The actor is obviously very happy to receive the honour and has taken to his social media to share the picture and his fans couldn’t be happier for him. Take a look at the picture that he shared.

Clearly, his fans are impatient to have him back on their screens!

Also Read: 5 on-screen Indian television jodis that we would LOVE to see make a comeback in 2020!