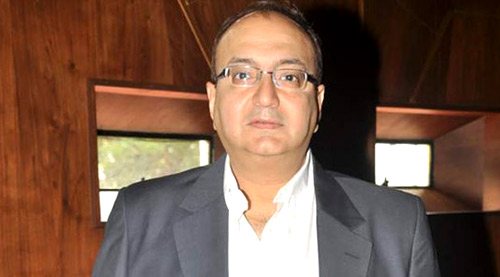 Times they are a changing; when I first started making movies in 1987, we edited on a machine called the Moviola, the rushes were called so because they were a rushed print of

the footage for editing, films were shot on film, films were shown on film prints through projectors and cinemas were majestic and towering standalone buildings with giant 70mm screens, separate

Everything moved fast through the '80s and the '90s and I saw in my lifetime the coming of Cinemascope lenses, making 70mm film redundant, the downfall of the big standalone (most owners could not afford the high maintenance costs), television and then video and then the DVD override cinema, due the high rate of piracy and it was all but over. My own mother said she would not go to the cinema in the '80's, the seats were broken, the air-conditioning worked fitfully, and it was easier to sit and watch the film on a video.

Then the government declared that we, the film industry, were actually an industry. It was all slightly bewildering at first... what did it mean? It meant that we could now take loans from the

banks; it meant that we could now bring capital into film companies, production houses could become limited liability companies; it meant that the film industry could be corporatized. Becoming an

industry meant that the risk factor of cinema could be rationalized on paper. There could be checks and balances. Creativity could be controlled.

came into films, made their own rules and brought a whole new era in cinema. Of course, the foreign companies also started getting interested, and it was genuinely like the discovery of America! A

A whole bunch of new things started happening, and with great speed; suddenly we had new words, ownership of IPR, equity sharing of investment, CoP, P&A, and corporate companies decided that they

would never part with IPR, hence selling on minimum guarantees became a thing of the past.

we started showing the films on digital formats, there was no film left in film.

work and the whole cinema business is going through another whirlwind change. But that's another story in another article.

But what will happen to cinema?

In my days people produced films; now companies do.

In my days people owned cinemas and theatres. Now companies do.

In my days people distributed films. Now companies do.

In my days people sold tickets. Now apps and the internet do.

And whereas the companies are run by people, they have a first loyalty to their salaries, not to their film. In my days, sometimes we would hock our last belongings to make films, and that's how

enduring classics were made.

Companies cannot love films, and their people are not allowed to love films more than the company and its rules, philosophies and templates. And whereas I am all for progress, it's become a

progress of a different kind. Movies are not about movies anymore, they are about real estate, food and beverage, and corporate top lines.

I am all for commerce, I have been the first one to shout loudly with all my contemporaries and fight with them, telling them that cinema is only about selling tickets. A film's primary job has to

be to sell tickets. If a film cannot sell enough tickets to pay the projectionists salary, its gone wrong somewhere, no matter how many awards it wins, or how much critical acclaim it garners. If a

film makes even a Rs. 1/- profit it was worth making. Or, we admit we went wrong and move on.

But today a film doesn't have to sell only tickets; it has to sell exorbitantly priced popcorn and beverages at nearly four times what it costs outside the cinema hall. It has to not sell a ticket

commensurate with the cost of its making; it has to first give the government its share, then the multiplex its share as well as separate air conditioning charges, it has to then pay its

distributor a commission, then the digital charges, then the cost of marketing, advertising, publicity. Only after all this is done and dusted can a producer hope to start recovering his admin

costs, the interest on his investment and finally his cost of production.

This is very controversial I guess since I write as an outsider. I hope there is debate. I hope that finally the debate leads to a path where cinema can survive on the big screen.

That's the final bottom line, and cinema does not deal with top lines!