On Tuesday, Anushka Sharma and Varun Dhawan’s hit film Sui Dhaaga completed 3 years of its release. Both the actors took to their respective Instagram handles to celebrate the film’s anniversary. 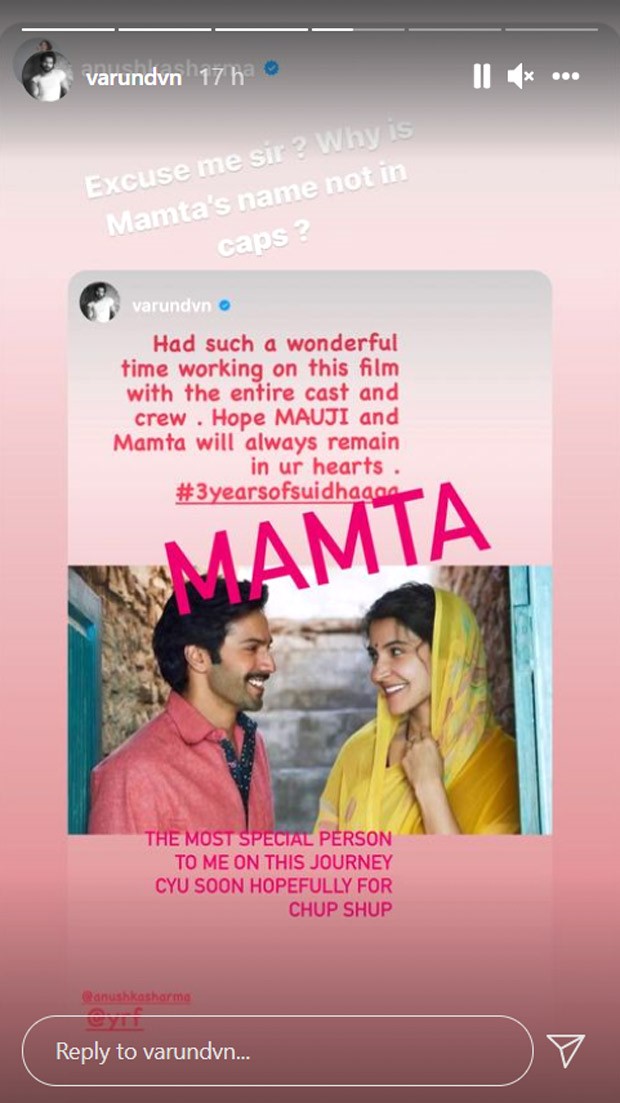 Taking to her Instagram story, Anushka wrote, “Marking 3 years of Mamta and Mauji and their beautiful journey tailored with love and dreams! #3yearsofSuiDhaaga.” On the other hand, Varun wrote, “Had such a wonderful time working on this film with the entire cast and crew. Hope MAUJI and Mamta will always remain in ur hearts. #3YearsofSuiDhaaga.”

Replying to Varun’s post, Anushka hilariously questioned him, "Excuse me sir? Why is Mamta's name not in caps?" Varun then reposted the story and wrote Mamta’s name in capital letters. 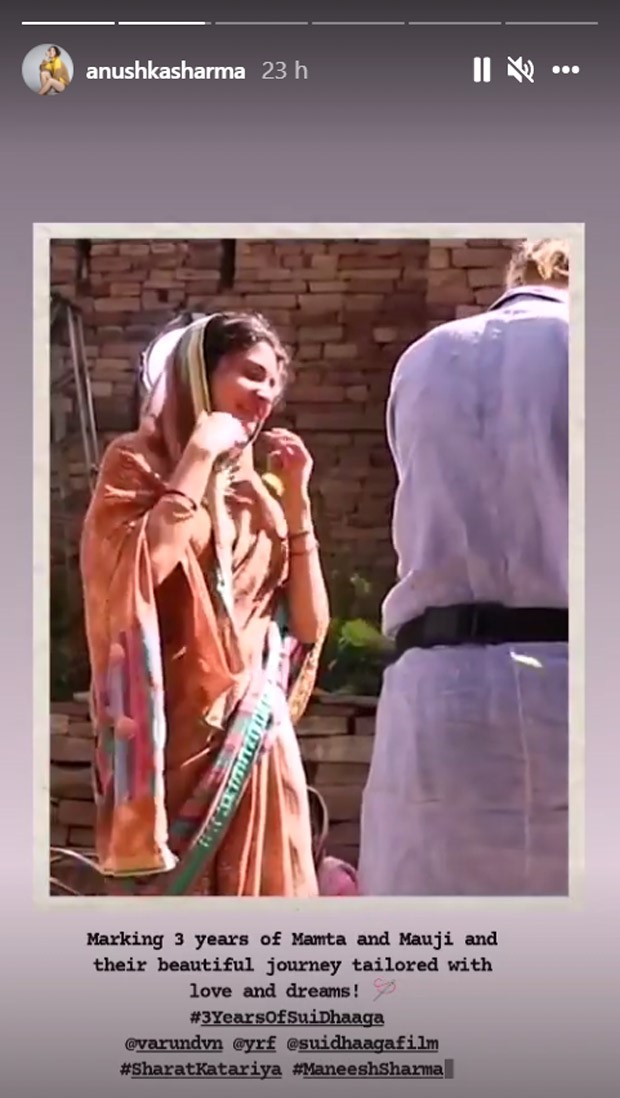 Meanwhile, on the work front, Varun will be seen next in Jug Jugg Jeeyo and will share the screen with Anil Kapoor, Kiara Advani and Neetu Kapoor. He will also be seen in Bhediya alongside Kriti Sanon. Anushka, on the other hand is working on her Clean Slate Filmz banner project Qala, which will mark the acting debut of Irrfan Khan's son Babil.

Also Read: Anushka Sharma posts a post-workout selfie as she returns to Mumbai from the United Kingdom