As we know Anushka Sharma accompanied her doting husband Virat Kohli for the ongoing ICC Cricket World Cup in London. The couple, after spending quality time in London together, has now decided to focus on their respective work commitments and Anushka recently flew to Brussels for the same. The actress has been busy, wrapping up a photo shoot there. Seeing that she was in Brussels, her fans decided that they would try and locate the superstar and meet her. 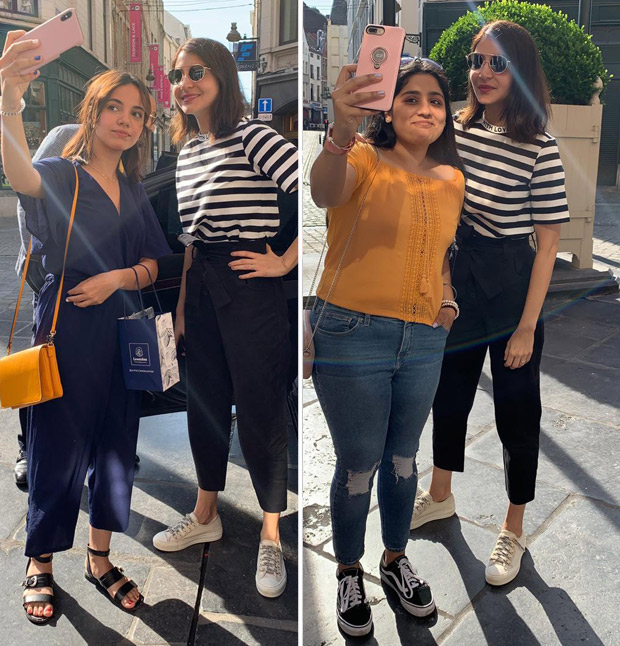 An informer said, “The girls were on holiday in Brussels and they realised that Anushka Sharma was in the city as they follow her on social media. They decided that they would love to meet their favourite superstar and started looking around and asking people if they knew where the shoots were happening. After a hectic couple of hours of trying to locate Anushka, they were delighted that they spotted her. They requested the actress’ team to make their dreams come true and make them meet her. They were thrilled to know that Anushka too wanted to meet them and had spotted them at the location. Anushka has already requested her team to ensure that she meets the girls!” says an informer.

The source added, “Anushka spent time with these girls and took photos with them. Of course, the girls loved this experience and said they would cherish this meeting immensely. They had also bought a gift for their favourite cinema idol. They gifted her a huge box of Belgian chocolates and Anushka was of course touched by their gesture.”

The actress is expected to join her husband Virat Kohli soon for the forthcoming cricket matches.