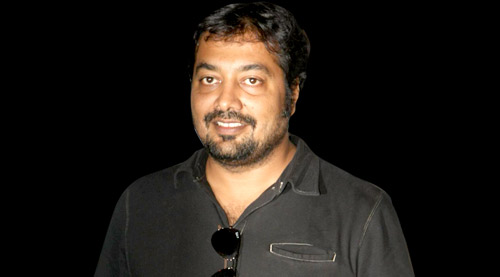 Almost after 20 years in the industry and 10 films as a director, filmmaker Anurag Kashyap is unleashing his passion project, Bombay Velvet. A huge film by all means, not just for him but for the industry as well as its actors Ranbir Kapoor and Anushka Sharma, a lot is riding on Bombay Velvet. Even as Bombay of 60s has been recreated in Sri Lanka no less, there is definite authenticity that one expects in this mega crore production which has quite a few notable names attached to it. A love story at the core of it all, Bombay Velvet is also one of the most romantic affairs in his own characteristic style by Anurag Kashyap.

Bombay Velvet isn't a kind of film that someone just thinks of overnight, puts together on paper in three months and then pitches it. A lot must have gone into the conceptualization phase itself, right?

It has been a nine year struggle. When we conceived the film back then, we realized that cost would be high. In 2009 when we budgeted the film with Aamir Khan, it came to Rs. 160 crores. At that time films didn't even earn Rs. 100 crores, hence Bombay Velvet was not feasible. Our struggle was that either our film's recovery be high or we get the cost down. So we started working on the cost; meanwhile economy improved too. We decided for Sri Lanka and realized that we could make the film in Rs. 80 crores. Of course there is always a risk involved as there are certain mainstream films that people want to see.

How much of a challenge did the film pose to you creatively?

Creatively also it was very difficult. The story is of a city and to make it right is very important. Till the time you don't see Marine drive without Nariman point, how can you invoke nostalgia? I want people to see that this was our city and humne uska kya haal kar diya hai. So the challenge was to recreate the city and that was tough. Logistics and special effects took us a lot of time. We also got some stock footage for reference. Bombay of that time was very different and we had to make it look convincing on screen.

Coming to the core of the film, it has been intriguingly titled Bombay Velvet. So what exactly is in store here from the core plot and presentation perspective?

The idea was to see various things that happened in that era, one of them being how all these land scams started. At that time, crime was around smuggling gold and perfume. Then there was this tabloid culture where two big time barons fought with each other. On Page 3, a bikini picture used to come daily. Woh zamaana alag tha, prohibition hoti thi. Uske saath crime bhi aata tha. Alcohol was banned, you needed permit to drink. Cabaret hota tha. One of the greatest dancers of that time was Salome Roy Kapur, mother of Siddharth Roy Kapur. Mohd. Rafi was a great jazz singer but nobody knows about that.

We have a history which hasn't been shown before in our recent films. If you watch earlier films like CID or Aar Paar, you would see that there were opium dens in there. Then there were also night clubs for the navy folks as Bombay was a port city where ships used to come. We shot 'Fifi' in one such setting. Bombay was very metropolitan back then.

In this metropolitan affair, other than Ranbir who obviously brings in an old world charm, you also trusted Anushka Sharma, who one associates with being this North Indian outspoken girl, as a jazz singer?

Anushka Sharma is not like anyone whom she has played before. She has been very external in her act before, now she is very internalized. As a character, she isn't able to express herself verbally and can do so only through her songs. I liked her in Band Baaja Baaraat because her character didn't remind you of anyone else. She was very original in there. When you see actresses, you think of Nutan, Madhubala or someone else from the era gone. Anushka is different; she is not a replacement of anyone.

And then you found your suave character in Karan Johar...

(Smiles) Suaveness is something that comes automatically in Karan. He understands the South Bombay flavor. I didn't want an artificial actor; all I had to work on was that his personality had to be in control. He is playing a very strange villain. Typically you see a villain who fights but here he is a manipulative middle man. He ropes in a 'gunda' (Ranbir) and says that we will collaborate; I will move ahead and so would you. That leads to a dirty game. Sidharth Basu and Manish Chaudhary are the other big players in the film. As for Ranbir and Karan, they have done something that they have never done before. It wasn't difficult though as the script worked for them. They were happy to be seen in a new avtar.