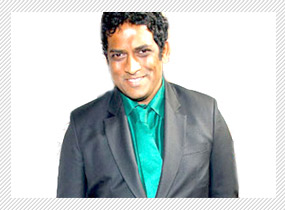 Teacher, crusader, inventor Anand Kumar, said to be one of the world brightest mathematicians whose endeavour to coach under-privileged children for IIT has earned him recognition from the remotest corner of the world, will now be the subject of Anurag Basu's next film. Anand in an exclusive interview tells Subhash K. Jha why he can't contain his excitement at being in a Basu bio-pic.


Anurag Basu is waiting for a letter of consent from you to authorize him to make your bio-pic?

I have always given him my full consent. The media doesn't know this because I haven't spoken about it. But he came to me in Patna a year and a half back. I gave him exclusive rights over my life and my experiences. We only have to shake on the final agreement. He sent me a lengthy agreement. But now he will send me a fresh agreement. Anurag had told me to see Barfi. He had promised he'd make a film on me if I liked Barfi. From my end he has full approval.


How did the bio-pic on you come about?

Earlier a few filmmakers had tried to approach me for a bio-pic. But I was never able to carry these offers forward. After Anurag-da's Kites was released, he tried to get in touch with me. Writer Sanjeev Datta who will be penning the screenplay for my film rang up my brother saying he, Sanjeev, and Anurag want to meet me.

And what was your reaction?

I have to confess rather shamefully that I knew nothing about Anurag Basu, or Bollywood. After college I got busy with my struggle and my endeavour to coach students. I had no time to watch films in theatres. The only film I saw in a theatre was Prakash Jha's Aarakshan and that too because it was linked to my life.

So Barfi is the second film you've watched in theatre in 20 years?

Yes. When Anurag-da smsed saying he was a filmmaker desirous of making a film on me, I googled him. I got very impressive results. I realized he is a great filmmaker. I saw his films Gangster and Life In A Metro. I was very impressed especially by his music sense. I am a music lover. I immediately invited Anurag -da and Sanjeev Datta to Patna. They spent the entire day with me. I remember after meeting me they left for Kolkata for research on Barfi.

Documentaries have been made on your work as a crusading mathematician. Now a feature film by one of our most gifted filmmakers, happy?

Yes, I can't think of a better director to make a film on my life. I saw Anurag-da's Barfi first-day first-show at a multiplex in Patna. Anurag-da and Bhabhiji (Mrs Basu) both implored me to watch the film first-day-first-show. They said, 'Humein achcha lagega'. So I went to Prakash Jha's multiplex in Patna and saw the film. I was stunned by Barfi. I can't imagine anyone else would do justice to my life.

So you think Anurag is the right person to do justice to your life and the work that you do?

A bio-pic on another inspirational figure Mary Kom is being made?

Strange you mention that. I recently met Mary Kom in Mumbai when both of us, and Ekta Kapoor, were honoured on the same stage by the Motilal Oswal finances group. Maryji is said to be fluent neither in English or Hindi. But when she spoke she spoke the language of the heart. I am glad films are being made on both of us.