Anupam Kher, who has a great body of work both on home turf and the West, has an illustrious career that spans over 35 years.

The supremely talented actor also continues to share a warm equation with all his co-stars and was recently overwhelmed when Hollywood legend Robert De Niro threw him a surprise on his birthday. Anupam Kher who has been shooting for his international television series in New York, was invited by his Silver Linings Playbook co-star Robert De Niro and his wife Grace to the Greenwich Hotel in the Big Apple for a special birthday dinner. 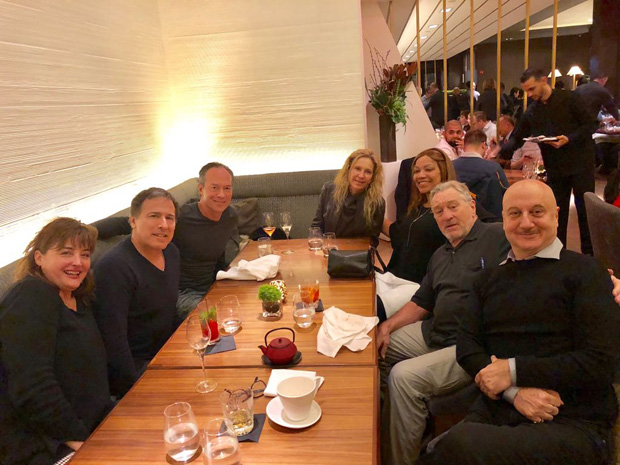 It was only last night that Anupam Kher treated Robert De Niro, his wife Grace, director David O Russell and few other friends to Indian hospitality and took them for dinner to a popular Indian restaurant in New York since they love Indian cuisine.

When contacted, confirmed the actor, “It was a wonderful evening. I took Robert De Niro and his wife Grace, David O Russell and his wife Holly and their friends out for dinner to an Indian restaurant. They absolutely loved the food there. We were there for over two hours."