Globetrotter Priyanka Chopra is hustling hard on the sets of her TV show, Quantico. The actress has been shooting for the third season in New York City. Just earlier this week, the New York schedule has come to an end. Now, Priyanka will head to Ireland to shoot for the final episodes of Quantico season three. Michael Seitzman, show runner of the American drama on ABC, confirmed the last three episodes will be shot in Ireland. 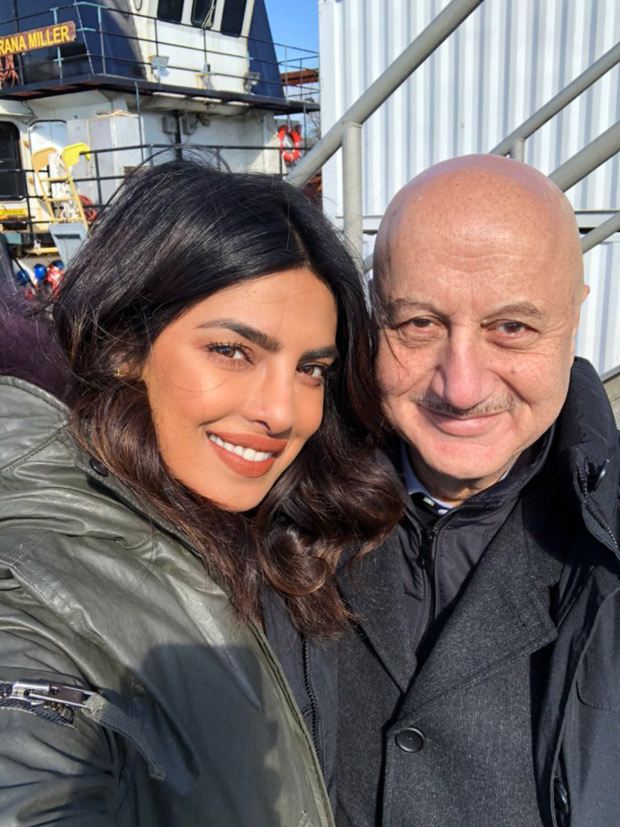 Priyanka Chopra had a surprise visitor on the last day of New York shoot of Quantico. Anupam Kher, who is shooting for NBC’s medical drama Bellevue, dropped by the sets of her show to meet our ‘desi girl’. Sharing a couple of pictures from the set, he captioned them, “Thank you dearest  @priyankachopra for your love & warmth. It was wonderful to come & see you on the sets of #Quantico. You are a STAR. As a fellow Indian I am so proud of you and your achievements. Keep our flag flying. You are the best. #IndianActor #OurAmbassadorAbroad.” 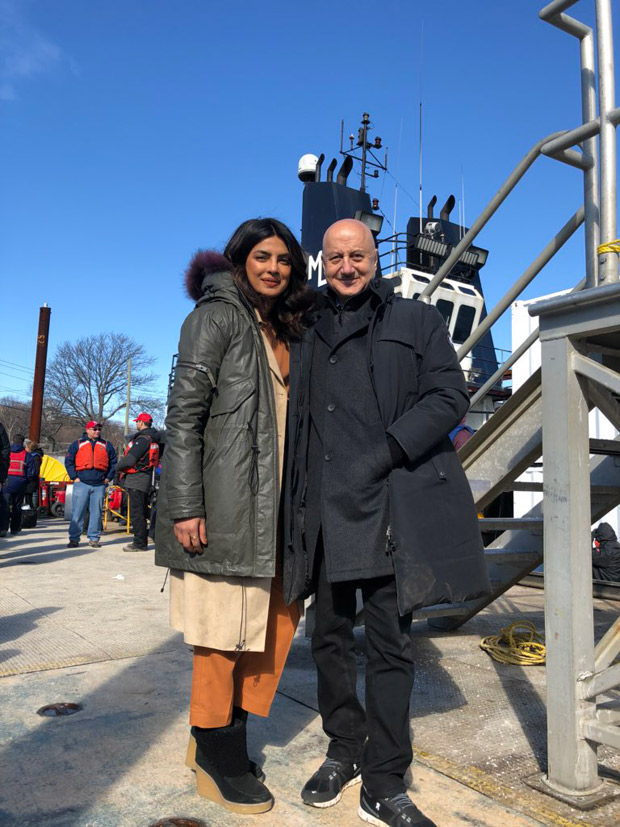 A delighted Priyanka Chopra thanked Anupam Kher for visiting her on the sets. She responded saying, “Thank you for dropping by @AnupamPKher sir. Was absolutely wonderful to see you again. Mere desh ki khushboo.. good luck with what your here to do!! Can’t wait to c u again.. soon. Xoxo.”

On the work front, Anupam Kher is currently shooting for NBC’s medical drama titled, ‘Bellevue’. Dr. Eric Manheimer, author of the memoir ‘Twelve Patients: Life and Death at Bellevue Hospital’ has produced this NBC’s next since it is also inspired by the book. The character-driven medical drama is about a director at the Bellevue hospital, who shakes the status quo of the hospital with his approach. Anupam Kher will be seen as one of the veteran doctors in the hospital. 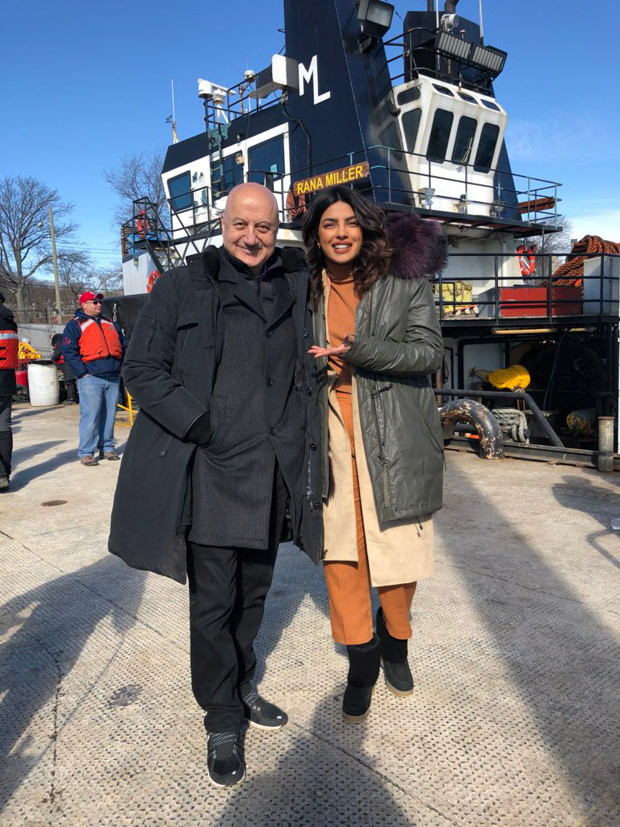 Meawnhile, Priyanka Chopra’s third season of Quantico will air on April 26, 2018. Reprising her role as Alex Parrish, the small season will have 13 episodes and will take over Thursdays at 10 p.m.