Bollywood actor Anupam Kher is an avid social media user. The actor’s social media feed is enough to keep his fans updated with his whereabouts. From posting hilarious videos featuring his mother to unveiling the official posters of his upcoming projects, Kher always has something to share with his fans. Besides this the actor often goes down memory lane sharing images from films that he has done. 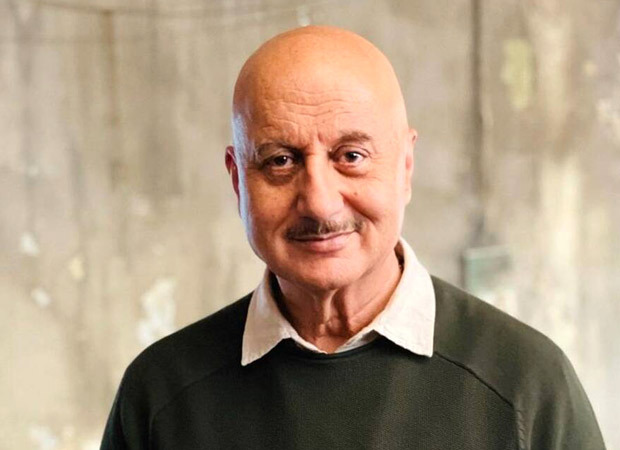 Anupam Kher recalls working with Shashi Kapoor for the first time in Utsav; shares a picture featuring the late actor

Interestingly, his latest photo post gave a peek at the set of late actor Shashi Kapoor’s 1984 release Utsav. In the candid photo, Kher can be seen standing with Kapoor in their respective characters’ get up. In the caption, Anupam wrote that his actor-brother Raju Kher sent him the picture. He further mentioned that after seeing the photo, he remembered a dialogue from the film Daddy.

“Before Saaransh, I got a small role in Shashi Kapoor ji's film Utsav. Shashi ji was the first big star I was working with”, wrote the Hotel Mumbai actor in Hindi. Concluding his caption, he praised Kapoor and added, “He was extremely kind to me! Helpful and compassionate!” Actor  Anil Kapoor and politician Sahdev Singh Salaria were among the first ones to react to the post with red hearts.

For the unversed, Anumap Kher got his first breakthrough with Mahesh Bhatt's directorial Saaransh. The film was released in 1984. In fact, the film earned him his first Filmfare Award for Best Actor. In his autobiography, ‘Lessons Life Taught Me’, Kher wrote, “Saaransh is a film about old people made by young people.” Kher played the role of a 65-year-old man in his debut project when he was just 28-year-old back then.