Anupam Kher, who has been an inspiration to several and a guiding force for movie aspirants through his acting school, now leads the battle against depression. The star, whose three decade long journey has been nothing short of inspiring, recently released a video, across social media platforms, encouraging people to overcome depression and not shy away from coming out in the open about the issue. 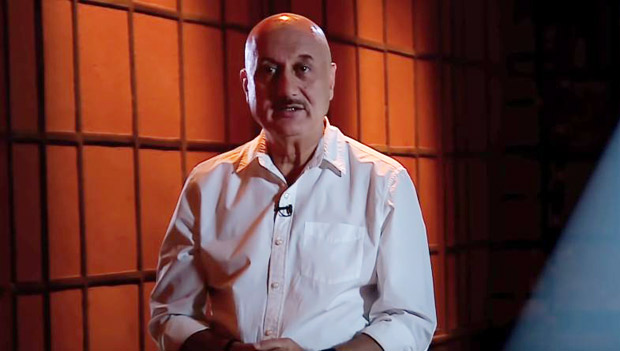 The pro-life video, featuring the star, reaches out to those battling depression and extends support to those suffering from its symptoms. Says Anupam Kher, "There still is a taboo associated with depression. People shy away from coming out in the open and discussing it. This even affects not just the victim but their near and dear one's too. A day before my father passed away he gave me the message of living life to the fullest and that's what I hope to encourage people to do with this video.”

Anupam Kher took to Twitter to share the video and wrote, “Friends! This video is an attempt by me to spread awareness about the most silent and perhaps the biggest disease spreading at an alarming speed in the world today - DEPRESSION. Please make it reach out to people and help. Thanks. #LoveLifeLiveLife.”

On the work front, Anupam Kher will be seen in two international shows. One is NBC’s new medical drama New Amsterdam and other is BBC’s drama Mrs Wilson. Anupam Kher will be part of an ensemble star cast that includes Wilson in the lead, Iain Glen (of the Game Of Thrones & Delicious fame), Keeley Hawes (known for The Durrells & Ashes To Ashes) and Fiona Shaw (who was in the Harry Potter series & True Blood). If sources are to be believed the seasoned actor has already started shooting for the series at Belfast in Northern Ireland.