Anil Kapoor and Anupam Kher are neighbours and have been friends for the longest time. Recently, Anil expressed his desire to celebrate Anupam's latest achievement with a drink. 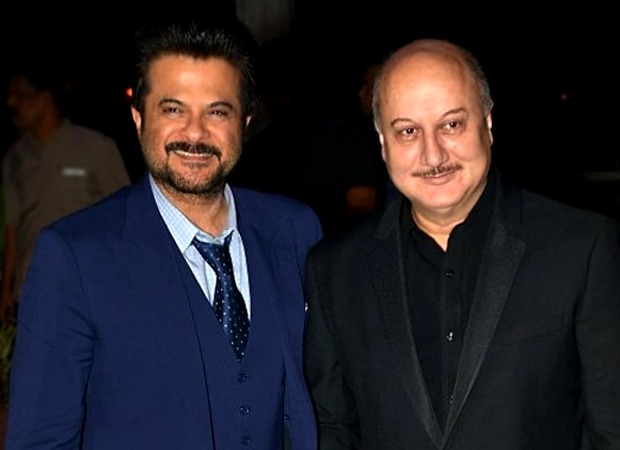 Anupam Kher who is a part of the American TV show New Amsterdam revealed that the show has topped the charts in the United States. The veteran actor took to Twitter to announce the same. "Our medical series #NewAmsterdam finale tops the chart in ratings!! CONGRATULATIONS to the entire team of @NBCNewAmsterdam. BRAVO and JAI HO!!,” he wrote. Kher plays the role of Dr. Vijay Kapoor, head of the neurological department in the medical drama.

Our medical series #NewAmsterdam finale tops the chart in ratings!! CONGRATULATIONS to the entire team of @NBCNewAmsterdam. BRAVO and JAI HO!! ????????❤️https://t.co/mkCMYhTsF2

Congratulating him for the end of season 2 and for topping the charts, Anil Kapoor commented, "Phenomenal my friend...ek drink banta hain aaj ..” along with clinking glasses and party popper emojis.

Meanwhile, a few days ago, Anil Kapoor shared an image of him video calling with Anupam Kher and Satish Kaushik as they celebrated the latter's birthday.

A few weeks ago, Anil and Anupam also set an example of friendship in the time of social distancing as they communicated with each other from a safe distance. Anupam and Anil had also shared the video of their interaction.