Anil Kapoor will be seen sharing the screen space with his real-life daughter, Sonam Kapoor. It is a well-known fact that Sonam is a complete daddy’s girl and Anil does not shy away from showing his love for his daughter on social media. With Ek Ladki Ko Dekha Toh Aisa Laga releasing today, the star cast is so grateful for their fellows who have taken the time out to watch the film. Positive reviews are still pouring in and Anil Kapoor had the best way to thank his daughter and shower her with some love. 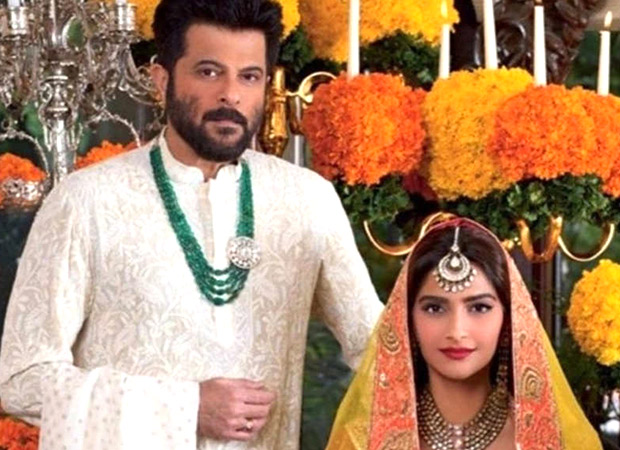 Like a proud father, he took to Twitter to appreciate his daughter and the blessing that she is in his life. This message will surely make you emotional if you’re a daddy’s princess. The collage has pictures of Sonam from the different stages of her childhood. The pictures are so endearing and give a glimpse of the fun she had as a child. Most of these pictures are unseen and nobody would’ve done it more beautifully than Anil.

Never have I been so proud of you @sonamakapoor. It has been my honour sharing the screen with you beta. Today we hand over our labour of love #EkLadkiKoDekhaTohAisaLaga over to you.. our audience. pic.twitter.com/GVcmAIH1f7

With the mixed reviews about the film, will you head to watch Ek Ladki Ko Dekha Toh Aisa Laga?

Also Read: EXCLUSIVE: “I didn’t want to fall in love and get emotional about someone!” – Anil Kapoor