It's been over a year since Irrfan Khan flew out of India to treat himself after being diagnosed with a neuroendocrine tumour. He did have a comeback to the country after wrapping Angrezi Medium, but the actor is rather away from the limelight, fighting the battle on his own while the fans and the fraternity misses him dearly. 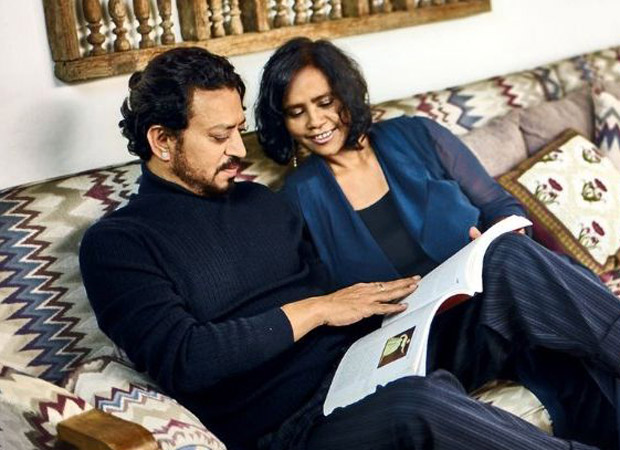 In a conversation with a leading daily, Irrfan opened up on how the past one and a half year evolved his outlook towards life as well as his relationship. He said it was a memorable roller coaster life which tied him together with his wife and his children like a huge body. He also added that he became less judgmental as a person, became less particular about what to filter in and what's not, and while he suffered from immense anxiety at times, he learned to calm it down, and let go.

Irrfa's elder son has grown up and is presently studying at the London Film School while the younger one is still a teen-ager. The actor said he also took this time as an opportunity to see how his children evolved, especially the younger one! He signed off saying he would want to live for his wife, who has been a constant care-giver ever since.

The trailer of Angrezi Medium recently released and garnered great response. Irrfan, however, won't be able to promote the film. He released an emotional audio message, saying how much he really wanted to be a part of the whole process but is fighting a cruel illness right now.