It's only been a few days since we bid adieu to Rishi Kapoor who breathed his last on April 30 after a prolonged battle with leukemia. Amitabh Bachchan was first to inform about his passing on social media. While he couldn't attend the funeral rites due to restrictions under the lockdown, the actor has been paying tribute to his friend in many ways. 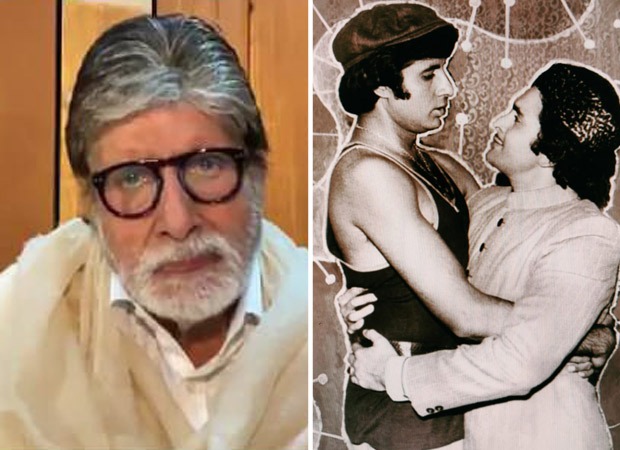 On Sunday, Amitabh Bachchan shared a video on his Twitter to pay tribute to Rishi Kapoor and wrote, "In memoriam." “I would see him more often after , at RK Studios, when he trained as an actor for his film to be made, Bobby - - a diligent enthusiastic youngster, ready to pounce onto every learning that came his way, in that famous large and legendary make up room, of Raj ji at the end of the first floor corridor of make up rooms," he said..

Speaking about his confident walk which resembled his grandfather Prithvi Raj Kapoor, he said, “a walk I had noticed in one of his earlier films .. that walk .. I never found it in any other.”

The actor recalled all the films they worked together in including Naseeb, Amar Akbar Anthony, Kabhie Kabhie among others. He added, “When he spoke his lines, you believed every word of it as there was never an alternative, its genuineness was beyond question”.

He further said, “Even in the most grave sequences he would discover that comedic spark and we would all just crack up. Not just on set, if you were with him at any formal event, he would find that little distractive light-hearted gem to expand on and lighten the situation.”

“When there was a time-lapse as the shot got readied during a shoot, he would bring out his playing cards, or at times pull out his rather complicated Bagatelle board and invite others to play, a competition, not just for fun, a serious competition," the actor added.

As the video tribute progressed, Amitabh Bachchan got emotional and was visibly teary-eyed speaking about his diagnosis and last days. “During his time of diagnosis and his treatment he never ever lamented his condition .. it was always .. ‘see you soon, just a routine visit to the hospital .. I’ll be back shortly. I never visited him in Hospital .. I never wanted to see the distress on his smiling cherubic face. But I am certain .. when he went, he must have gone with a gentle smile,” he said.

Amitabh Bachchan and Rishi Kapoor worked in films like Naseeb, Amar Akbar Anthony, Coolie, Kabhie Kabhie, Ajooba, etc. Their last film together was 2018's 102 Not Out.