We all know that the rumours about the Ranbir Kapoor and Alia Bhatt wedding are doing the rounds since early this year. While both the families have denied it in the past, the reports continue to float around! Amidst all the hoopla, the Kapoor cousins decided to host a party plan and they invited none other than Alia for the same! Recently, Karisma Kapoor and Aadar Jain took to Instagram to share glimpses from the said bash. 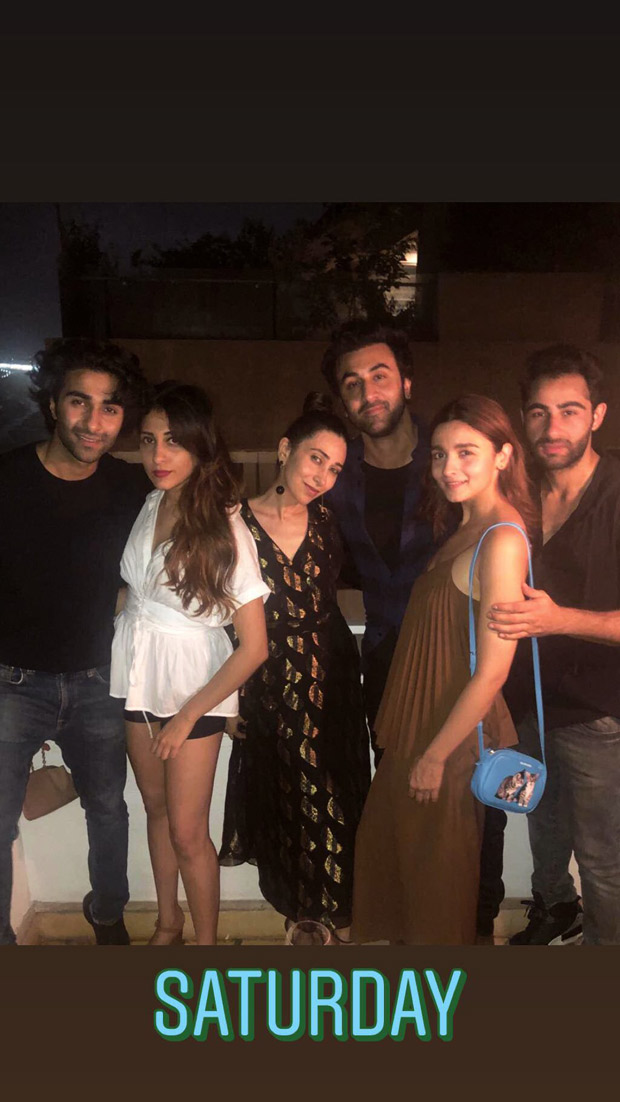 Even though we aren’t aware if there is a special reason behind this bash, it seems that the entire gang partied till wee hours of the night. Although Alia Bhatt too didn’t share many details on Instagram, she did repost one of Karisma’s Instagram stories. The party had Ranbir Kapoor, Alia Bhatt, Armaan Jain with girlfriend Anissa Malhotra, Aadar Jain amongst others. On the other hand, Karisma Kapoor seems to be missing her sister Kareena Kapoor Khan and jiju Saif Ali Khan who weren’t a part of the bash. Besides that, the other cousins like Riddhima Kapoor Sahni, Nitasha Nanda and Nikhil Nanda were missed by Karisma who expressed it in the caption she posted recently.

Interestingly, this is not the first time, where Alia Bhatt is seen bonding with the Kapoor family. Not just her, even her mother Soni Razdan has not met up with Rishi Kapoor and Neetu Kapoor, but they have also shared photos of the same in the past on social media. 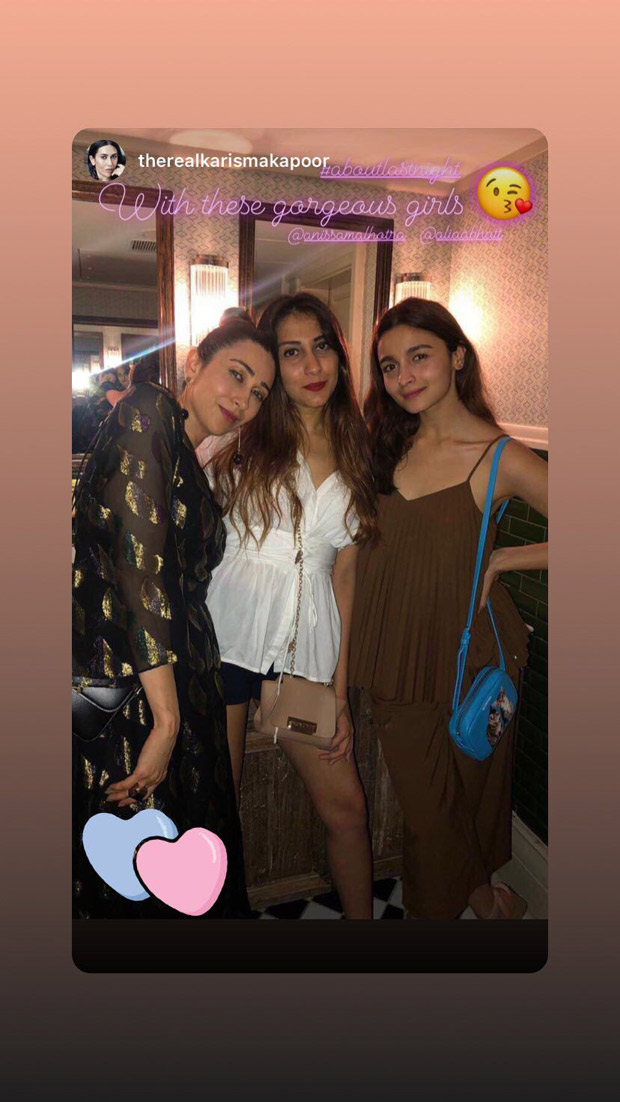 On the work front, Ranbir Kapoor and Alia Bhatt are all set to come together with Brahmastra, the sci-fi superhero drama that is expected to hit the big screens in summer 2020. It is directed by Ayan Mukerji and produced by Karan Johar.