Chris Rock’s joke about Will Smith’s wife Jada Pinkett Smith, which resulted in the stunning altercation with Smith, has become the highlight of the 94th Academy Awards, held Sunday night. But this isn't the first time the comedian has made a joke around Jada at the Oscars. 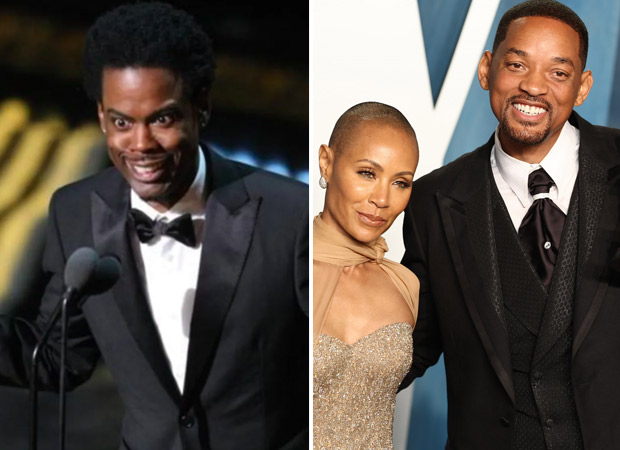 Amid slapgate at the Academy Awards 2022, video of Chris Rock mocking Will Smith’s wife Jada Pinkett Smith at Oscars 2016 resurfaces

On March 27, in one of the most shocking turns of events on stage, comedian-actor Chris Rock was left stunned at the awards night after Will Smith walked up to the stage and slapped the comedian. The incident occurred after Chris made a joke about Will’s spouse, actor Jada Pinkett Smith's shaved head. For the unversed, Jada is suffering from auto-immune disease alopecia which results in hair loss.

The incident has since gone viral. But this isn't the first time Chris poked fun at Jada at the Oscars. The comedian had roasted the actor's efforts to boycott the Oscars award ceremony back in 2016, as part of his hosting duties at the event. A video of his opening monologue roasting Jada and Will has resurfaced on the internet after the recent “Oscars’ Slap” incident.

Prior to the 88th Academy Awards ceremony, held on February 28, 2016, Jada had made a video asserting she was boycotting the 2016 Oscars as “no individuals of color had been nominated” in any of the most important appearing classes. This included husband Will being snubbed regardless of his critically-acclaimed efficiency in Concussion the earlier 12 months.

Podcaster Jason Calacanis shared the clip of Chris, addressing Jada’s video, on Twitter writing, “Ok, there’s some history here with Chris Rock and Will Smith and Jada. In the video, Chris is seen saying, "Jada said she's not coming. I was like, 'Isn't she on a TV show?' Jada's gonna boycott the Oscars? Jada boycotting the Oscars is like me boycotting Rihanna's panties. I wasn't invited!”

Ok, there’s some history here with chris rock and will smith and jada pic.twitter.com/RIl54DmH9h

Since the slapgate on Sunday, Will Smith released a statement on Monday apologising to Chris Rock, The Academy, King Richard cast and crew and Williams' family.