Last Updated 27.01.2023 | 10:20 PM IST
feedback language
follow us on
Bollywood Hungama » News » Bollywood Features News » “I had always hoped that through my craft, I am able to affect social change” – Ranveer Singh on what he wants to achieve with Jayeshbhai Jordaar

Superstar Ranveer Singh is starring in Yash Raj Films’ Jayeshbhai Jordaar, a big-screen family entertainer that will present a new brand of hero and heroism that is rare in Indian cinema. Ranveer plays an unlikely hero who stands up for his unborn child and wife and in that process, has to take on his family that’s representative of the patriarchal society that we live in. Ranveer considers the film to be a must-watch and is hopeful that the whole of India will watch it and celebrate the girl child in their families! He hopes the film’s impact triggers a positive social change in our country. 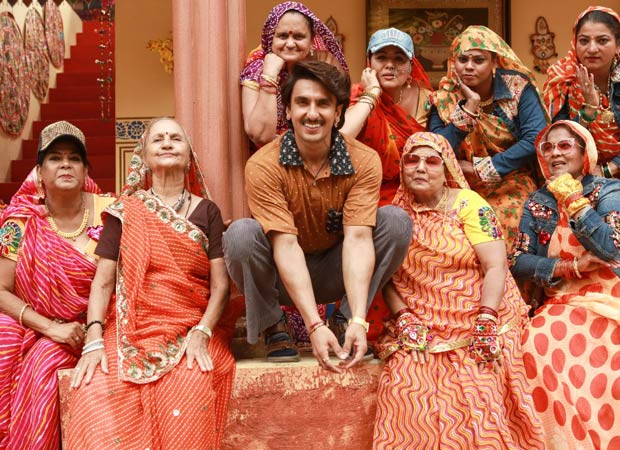 “I had always hoped that through my craft, I am able to affect social change” – Ranveer Singh on what he wants to achieve with Jayeshbhai Jordaar

He says, “I think Jayeshbhai Jordaar is a very important film for the times that we live in. I think it holds up a mirror to some of the ills that are in our society. I am very glad that I had this opportunity to be a part of a film that has such a relevant and pertinent social message, yet is being loved and appreciated as an entertainer. It's one of the things that the purist in me had always hoped for, that through my craft; through art, I am able to affect social change.”

Ranveer adds, “It's happened to me, you know, sometimes I watch certain films that have had a deep effect on the way I think, my thought process. I have seen social change come about after a film releases and that is the true power of cinema. I am really glad that there are signs that we, as the team of Jayeshbhai Jordaar, have been able to harness that power of cinema and affect people's attitude and hopefully, affect social change in a positive way.”

A hilarious satire on society - Jayeshbhai Jordaar, produced by Maneesh Sharma, also stars Arjun Reddy fame Shalini Pandey, who debuts on Bollywood’s big screen opposite Ranveer. The film has been directed by debutant Divyang Thakkar and is releasing worldwide today!