Last year catapulted the demure Nushrat Bharucha to humongous fame, courtesy Luv Ranjan’s Sonu Ke Titu Ki Sweety. A style cynosure, Nushrat has made a fine case for the petite framed girl with her fashion game. Her classic cute looks and a warm smile further elevate her style game. A quintessential outsider, Nushrat has reportedly never learned acting or been trained at auditions but commands an engaging screen presence. Not only Nushrat gave us ample glimpses of her strong screen presence but also excelled at emoting through her deep-set eyes and a silent demeanour. Allow Nushrat Bharucha to guide you on slaying a destination wedding as the perfect and radiant bride for South Asia's influential and leading magazine, Travel + Leisure this month.

Not the one to shy from experimenting with styles, Nushrat seems to have shed those reservations and looks ready to slay us with her perfect bridal avatar. The photoshoot has been styled by Leepakshi Ellawadi and lensed by Taras Taraporvala. The stunning backdrop of Grand Hyatt Kochi Bolgatty further adds to the charm of this photoshoot. Nushrat’s glam squad features makeup artist Salim Sayed and hairstylist Aliya Shaik. This edition, a Romance & Weddings Special has Nushrat playing the perfect bride in varied ensembles. Here is a closer look.

The cover has Nushrat sporting a Jade by Monica and Karishma ivory lehenga with jewellery from Curio Cottage, Azotiique and Hema Kasturi. Sleek hair and subtle makeup rounded out her look. 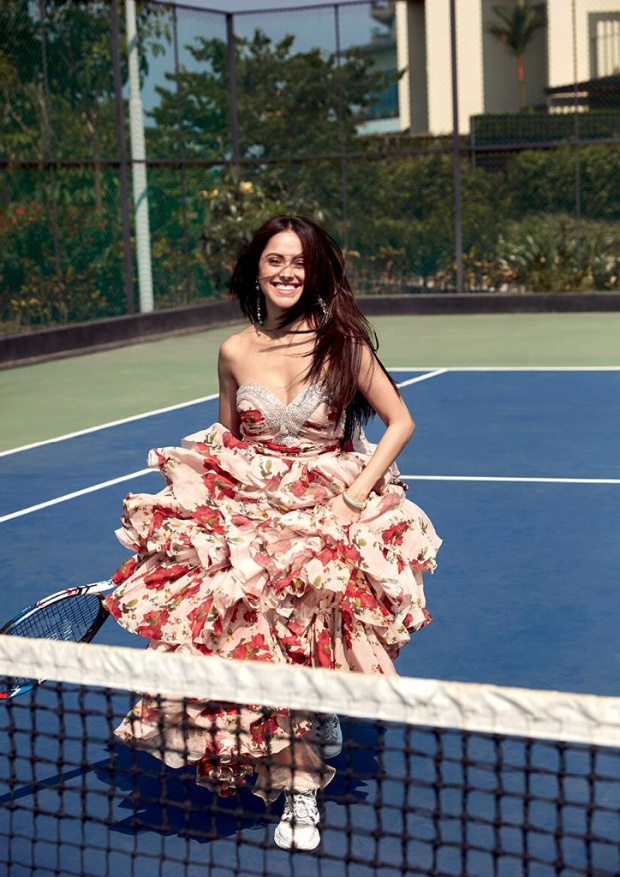 Caught in a candid mood at a tennis court, Nushrat wears a floral strapless Shehlaa Khan ensemble with jewellery from Hema Kasturi. Sleek hair and a refreshing makeup accompany. 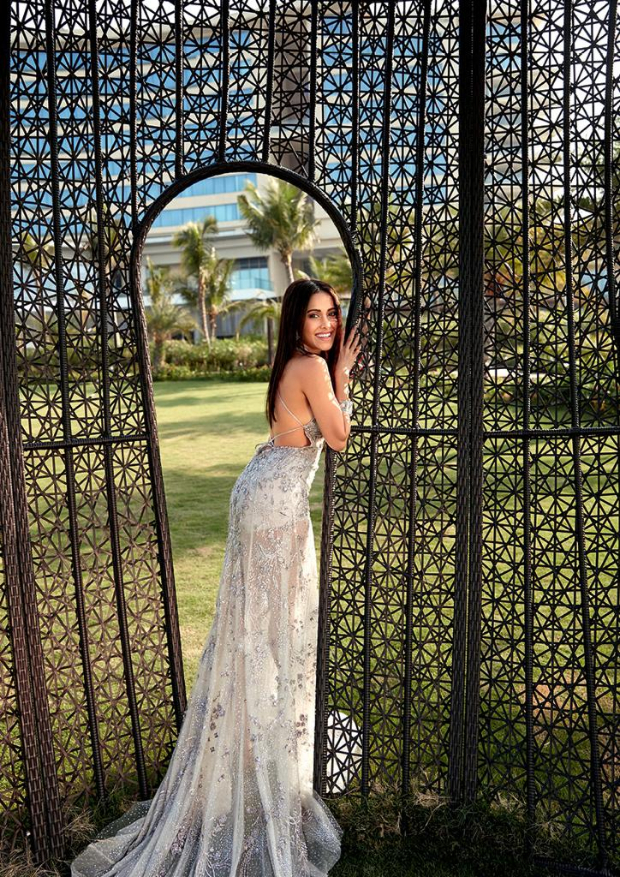 Nushrat flaunts her svelte frame wearing a Dolly J Studio sheer backless gown with sleek hair and minimal makeup. She poses at the sprawling lake facing gardens of the exotic venue at Kochi. 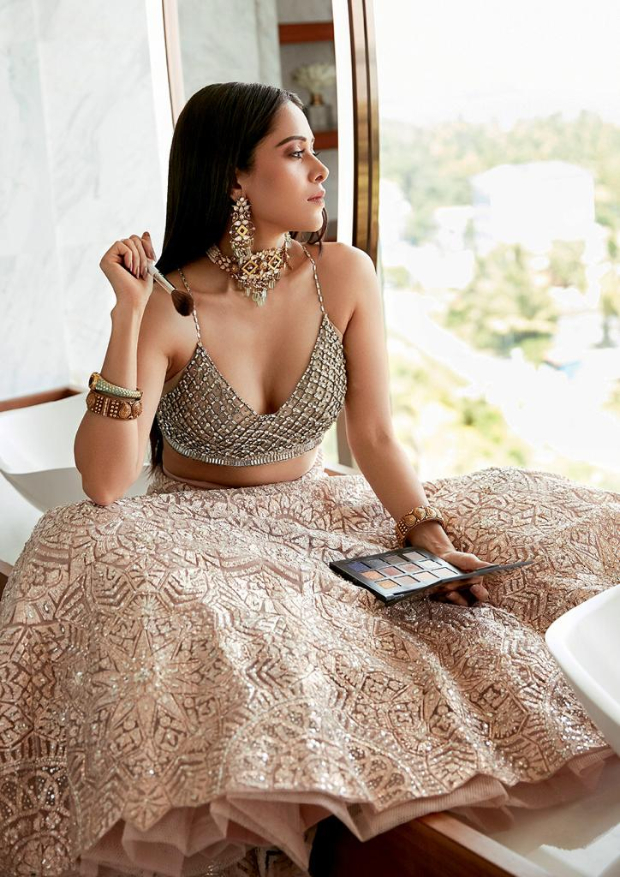 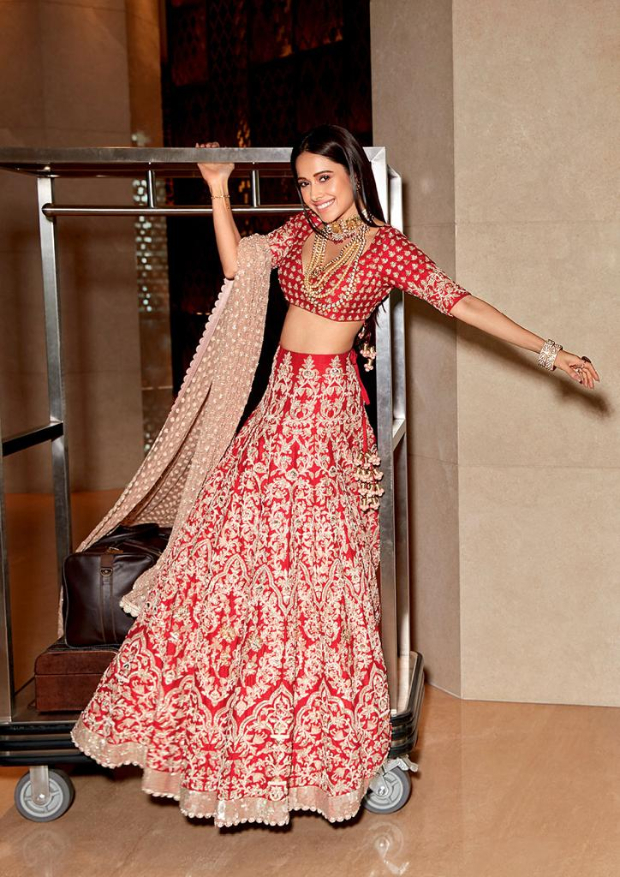 Basking in the first light of the day -  Nushrat Bharucha 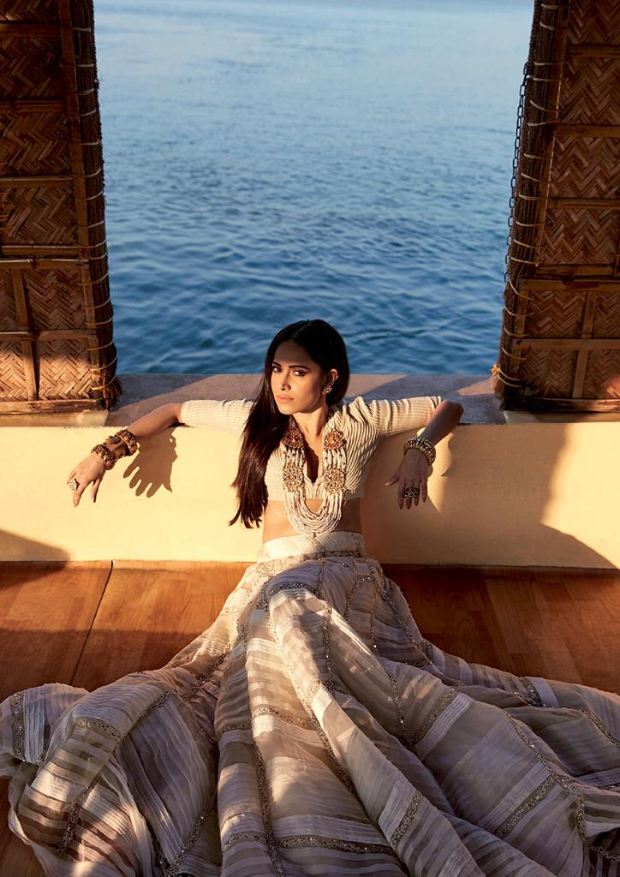 Sitting in a houseboat, Nushrat soaks up the sun wearing a Jade by Monica and Karishma ensemble as in the cover picture.

She’s got the SWAG - Nushrat Bharucha 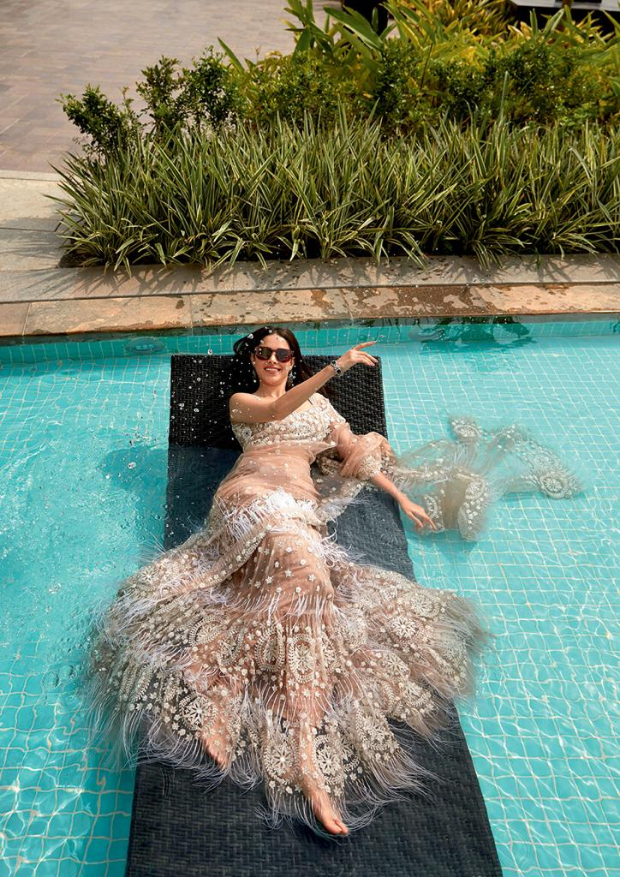 On the professional front, Nushrat Bharucha was last seen in Luv Ranjan’s Sonu Ke Titu Ki Sweety. She will be reuniting with her Love, Sex Aur Dhokha co-star Rajkummar Rao in director Hansal Mehta’s next venture, Turram Khan. She will also team up with Ayushmann Khurrana for Raaj Shaandilyaa’s Dream Girl.