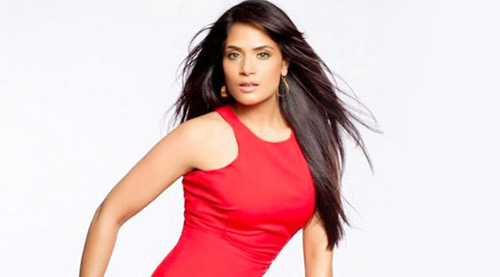 A few weeks back she was seen in Masaan. While the film won all around critical acclaim, Richa Chaddha too had everyone rooting for her performance. In a realistic set up, Richa impressed, and how. Now in Main Aur Charles, she is being seen in an altogether different set up. A stylized account of Charles Sobhraj's life is being narrated on screen by director Prawaal Raman and Richa (as a law student) is playing one of the many girlfriends that the central protagonist boasted of. Over to Richa.

How much did you actually know about the escapades of Charles before you signed the film?

As a kid, I remember my parents discussing him. That must be long back in the mid-90s. I could sense even then that he had something special about him which made him one of the most talked about men.

Charles had number of women in his life. So how important does your presence turn out to be in the film?

I play this girl called Meera in the film. My part is really interesting as I have never played a character like this before. Time and again I have played this sharp and intelligent girl. Here in Main Aur Charles I enact the part of someone far more gullible. All the women in his life knew that he was not a faithful guy. He was a bad boy, a convict. However, girls fell for him. Mine is an important part in the film. You won't see me otherwise in a film, isn't it?

As you are aware, there is a long list of crimes that are against Charles' name. The film is about this particular jailbreak that took place in 1986 when he escaped from Tihar. At that time, there was this law student who helped him do that because she fell in love with him. I play that girl! So while you have seen me as Bholi Punjaban [Fukrey] and Devi Pathak [Masaan], it was something altogether different to play Meera.

During its making though, Main Aur Charles encountered some trouble when Pooja Bhatt walked out. Did that worry you?

See, I never knew what went wrong. I was not a decision maker either. When Pooja parted ways, we had already shot for 15-20 days. I knew that Main Aur Charles would be eventually made.