Bollywood actors Alia Bhatt and Ranbir Kapoor, who tied the knot in April 2022, are expecting their first child. The actress took to Instagram in June to announce her pregnancy. Following the release of Brahmastra in September, the actors hosted an intimate baby shower ceremony on Wednesday on the occasion of Dussehra.

Neetu Kapoor shared several pictures on her Instagram stories offering a glimpse into the celebration. 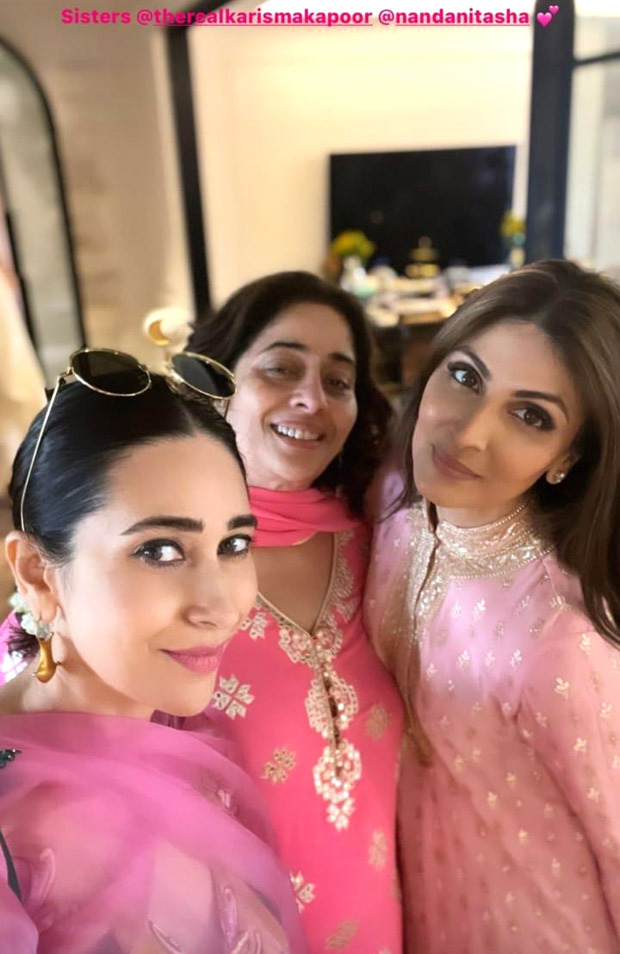 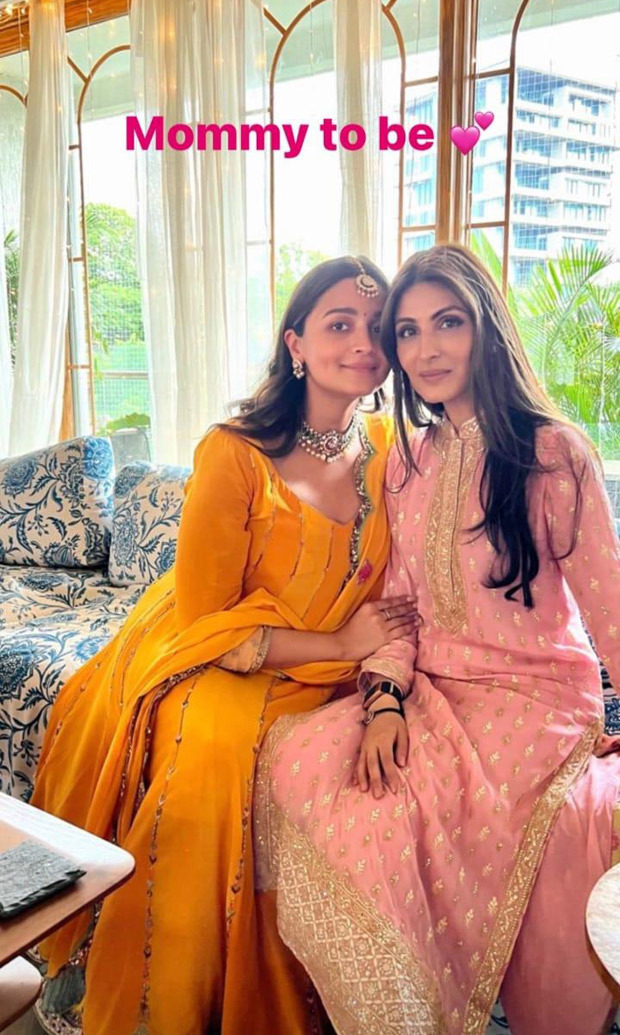 Riddhima Kapoor Sahni shared a series of pictures on her Instagram stories which included Ranbir, Alia, and Karisma Kapoor. Karan Johar also shared a selfie with the parents-to-be Ranbir and Alia. Ranbir was dressed in a white kurta-pajama with half printed jacket. He is sporting a beard and long hair. 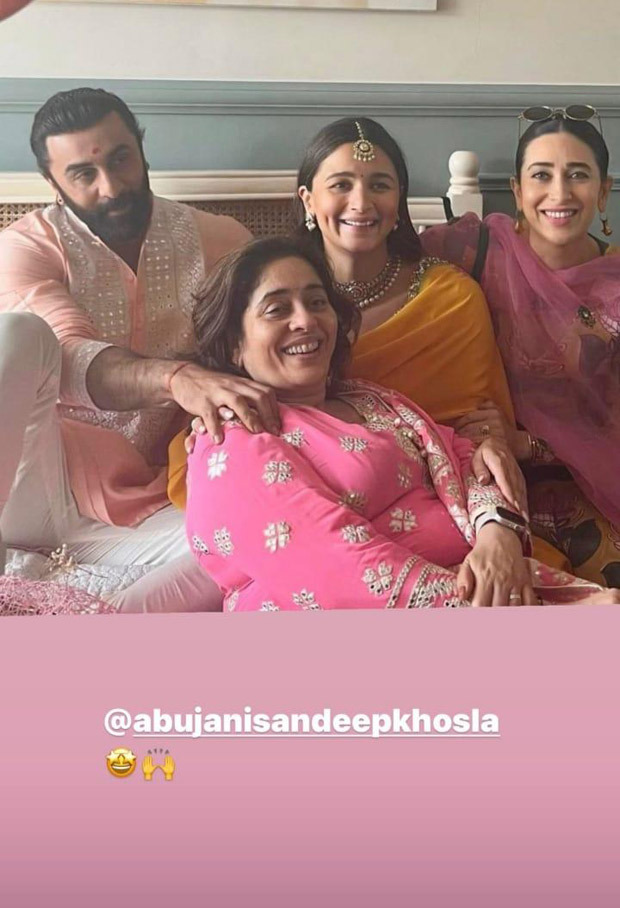 Alia Bhatt and Ranbir Kapoor got married in an intimate ceremony on April 14 with close friends and family in attendance. The couple dated for several years before getting married. Their ceremony was widely covered in news and on social media. 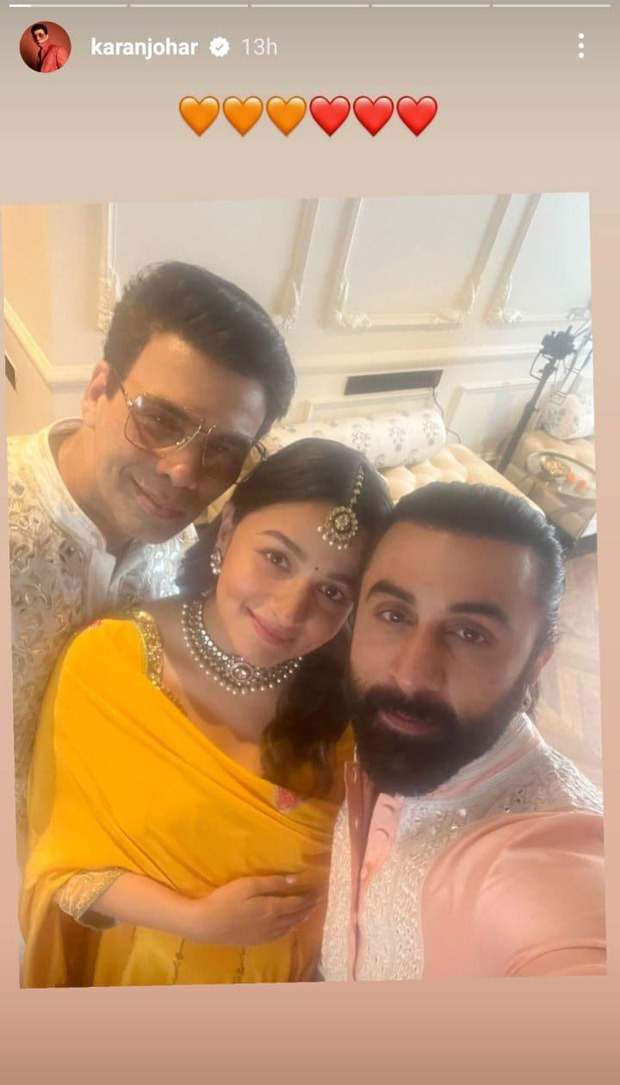 Meanwhile, on the work front, Alia Bhatt will next star in Karan Johar’s Rocky Aur Rani Ki Prem Kahani alongside Ranveer Singh. The film also stars Dharmendra, Jaya Bachchan and Shabana Azmi. It is slated for 2023 release. She also has a Hollywood debut in Heart Of Stone with Gal Gadot and Jamie Dornan. 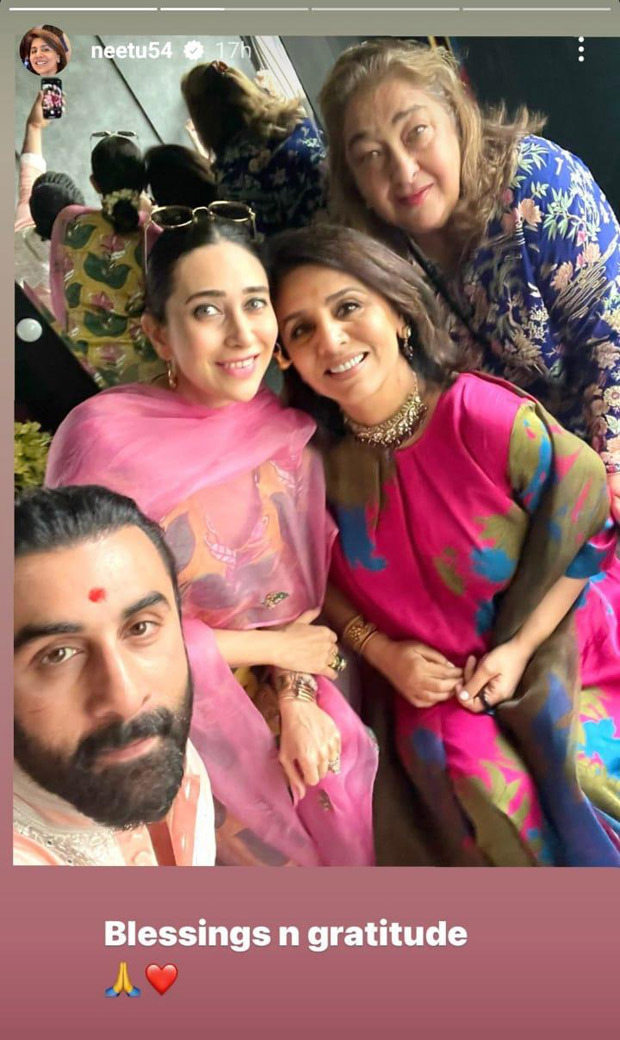 ALSO READ: Alia Bhatt refers to her pregnancy at the Time100 Impact Awards; says, “My little one has relentlessly kicked me throughout”