After wrapping up Gangubai Kathiawadi, Alia Bhatt has now started shooting for her first production, Darlings. Earlier this year, Alia had announced her production house Eternal Sunshine Productions and the first film which she will be co-producing along with Shah Rukh Khan's Red Chillies Entertainment is Darlings. 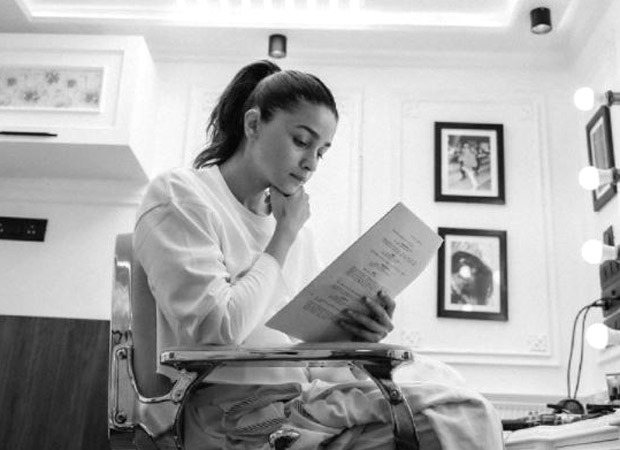 Alia took to her Instagram handle and shared three pictures clicked on day one of the shoots. She can be seen sitting in her vanity van prepping for the shoot. Sharing the pictures, she wrote, "day one of DARLINGS! ☀️☀️my first film as a producer but I will always be an actor first & forever (in this case a very nervous actor). I don’t know what it is .. a night before I start a new film I get this nervous tingling energy all over my body.. i dream all night about messing up my lines..become jumpy.. reach set 15 mins before time fearing I’ll be late!”

“I guess this feeling will never go away.. and it shouldn’t - because being nervous.. and feeling unsure means you really really care ???????? P.S - wish me luck pls (I’ll need all of it to match up to my co-actors), she added. The film also stars Shefali Shah, Vijay Varma, and Roshan Mathew.

Commenting on the post, Vijay Varma shared the same feelings. “Same! Sleepless and on tenterhooks. But I got the best coactor/producer so I’m sorted. aap apna dekho darlings”.

Roshan Mathew too, took to his Instagram stories and reposted Alia's post, and wrote, “thank god for comfy chairs and fellow actors who share the nerves.” 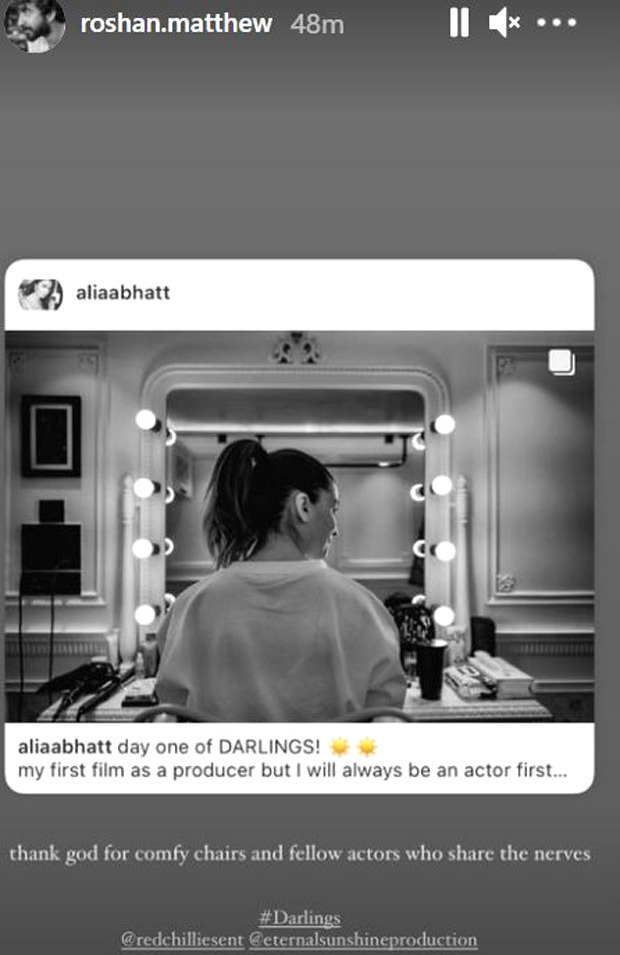 Directed by Jasmeet K Reen, the film is a unique story of a quirky mother-daughter duo navigating through crazy circumstances as they try to find their place in the world. The dark comedy is set in Mumbai against the backdrop of a conservative lower-middle-class neighbourhood and traces the lives of these two women as they find courage and love in exceptional circumstances. The film comes with its own statutory warning – a reminder that offending women can be very dangerous for your health!