Alia Bhatt and Ranbir Kapoor, who are gearing up for parenthood, celebrated the 40th birthday of the Brahmastra actor in a low-key ceremony with family and close ones at his Vaastu residence in Bandra, a day ago. The birthday celebrations were attended by friends Karan Johar, Ayan Mukerji, Rohit Dhawan, Luv Ranjan, among others, and mother Neetu Kapoor. Followed by that, his actress-wife took to social media to share a special post on her hubby’s special day. 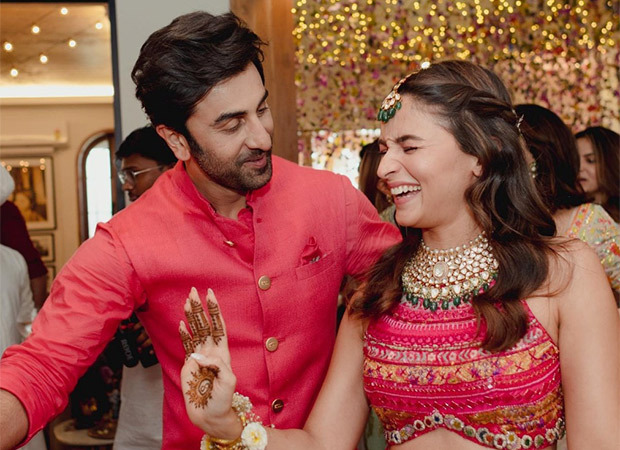 Alia Bhatt took to Instagram to share a photo from the birthday celebrations. The photo featured Ranbir Kapoor in a bearded avatar posing in a white kurta, as he is surrounded by multi-colored balloons. He is pointing towards a banner that reads, ‘Cheers To Forty Years’.  Sharing the photo on social media, Alia wished her husband in the caption saying, “happy 40 baby” along with heart emojis. Followed by her post, many fans and followers posted birthday wishes for their favourite star.

Later that day, Ranbir Kapoor also interacted with fans outside his residence. The actor requested the paparazzi to make way for his fans to meet and greet him while he was sitting in his car. The star also cut the cake they had got for him as the crowd sang ‘happy birthday’ for the actor. Some of them also warmly greeted Alia Bhatt who was sitting in the car, next to him.

On the work front, Ranbir Kapoor was last seen in Brahmastra with Alia Bhatt. The actor will next be seen in Sandeep Vanga’s Animal alongside Rashmika Mandanna. Besides that, he will also be seen in Luv Ranjan’s untitled film with Shraddha Kapoor.