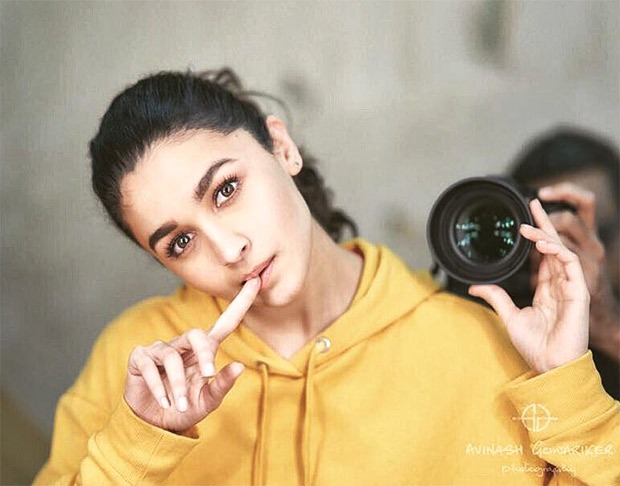 While we haven’t seen Alia Bhatt on the big screen since Badrinath Ki Dulhania this year, we cannot wait to see the Gen Y actress take the silver screen by a storm yet again. Her next release is in May 2018 but until then fans can get a glimpse of her life on social media.

Amidst all the Christmas celebrations, Alia Bhatt recently shared a picture of her photoshoot with Avinash Gowariker. Although she didn’t reveal many details about it, she simply captioned the same saying, “To smile or not to smile? #postpackup @avigowariker.” What grabbed our attention towards this picture was the simplicity of it. Unlike the glamorous avatars, this picture featured Alia in a de-glam and tomboy look as she sported a hoodie-sweatshirt and gave a cute pose.

Interestingly, Alia Bhatt’s next Raazi too features her in a similar de-glam look. The film, based on the book ‘Calling Sehmat’ portrays Alia in the role of a Kashmiri spy married to a Pakistani soldier as she devices unique ways to reach out to Indian intelligence to share confidential information about the 70s Indo-Pak war.

Besides this, the actress will also be seen in Brahmastra opposite Ranbir Kapoor and Amitabh Bachchan as well as in Gully Boy with Ranveer Singh. She is also said to star in the sequel to Mahesh Bhatt’s popular 90s film Sadak 2.