Alia Bhatt was in the hot seat as Karan Johar asked her a bunch of rapid-fire questions during a night shoot of Rocky Aur Rani Ki Prem Kahani. He took to his Instagram handle to share the video. 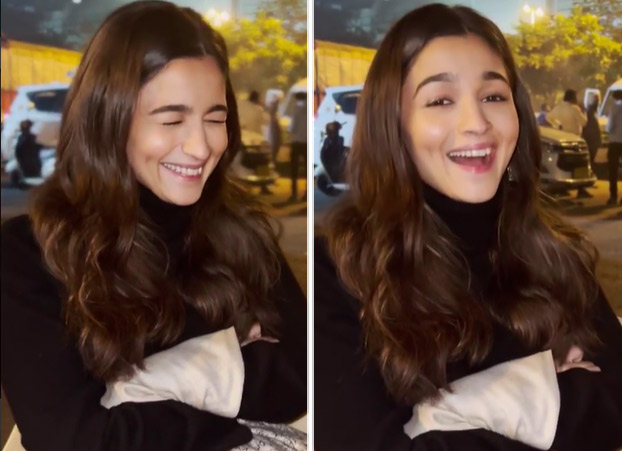 On being asked about the film they were shooting for, Alia fumbled while saying Rocky Aur Rani Ki Prem Kahani and burst into giggles. “Tongue twister that, right?” Karan asked. His next question was about the whereabouts of ‘Rocky’ (Ranveer Singh). She messed up once again as she said that he was shooting before correcting herself: “Rocky is shooting. Working out, sorry.”

Karan remarked, “These were not trick questions, Alia, that you were really getting so flummoxed by.” To this the actress replied that she was ‘feeling stressed’. “I don’t like rapid fires,” she said.

Alia then shared her takes on the ‘song of the season’. She sang a line from Diljit Dosanjh’s ‘Lover’ and when asked to pick a second, chose ‘Raataan Lambiyan’ from Sidharth Malhotra and Kiara Advani-starrer Shershaah. Her pick for ‘film of the season’ was Sooryavanshi and when asked to name a show that she is loving, she said Succession.

“Something that you have really, really loved on Instagram that you want everyone to reach out to? What have you watched on Instagram that really moved you?” Karan asked. After thinking for a few seconds, she said, “You winning the Padma Shri.” Her answer left him squealing in delight.

“Just some night shoot ramblings!!! Next one with Rocky! Watch this space! #rockyaurranikipremkahani @aliaabhatt,” read Karan’s caption. “Can’t leave you two alone for a second,” Ranveer commented, while Alia’s mother Soni Razdan and Manish Malhotra dropped heart emojis. “Was waiting for ‘Who is the President of India?’” comedian Tanmay Bhat wrote, referring to her infamous ‘Prithviraj Chauhan’ gaffe on Koffee With Karan in 2012.