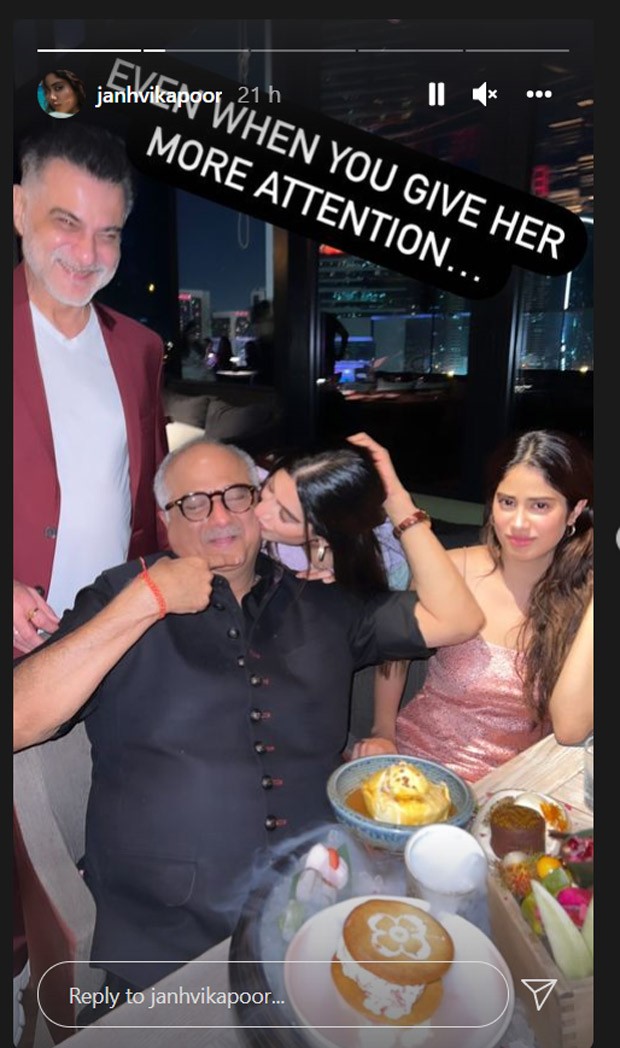 As the filmmaker turned 66 on Thursday, Janhvi shared two pictures with her father on her social media handle. In the first picture, Boney can be seen kissing Janhvi on her cheeks. While Boney's brother Sanjay Kapoor and younger daughter, Khushi Kapoor posed for the camera, she captioned the picture, “Happy Birthday Father!! To the best man in the world. I love you.” In the other picture, Khushi can be seen kissing her dad, while Janhvi makes a face. Posting the picture Janhvi wrote, “Even when you give her more attention.”

Khushi Kapoor also shared a picture of Boney and Sridevi and captioned the picture, “Happy birthday papa. Love you the most.” 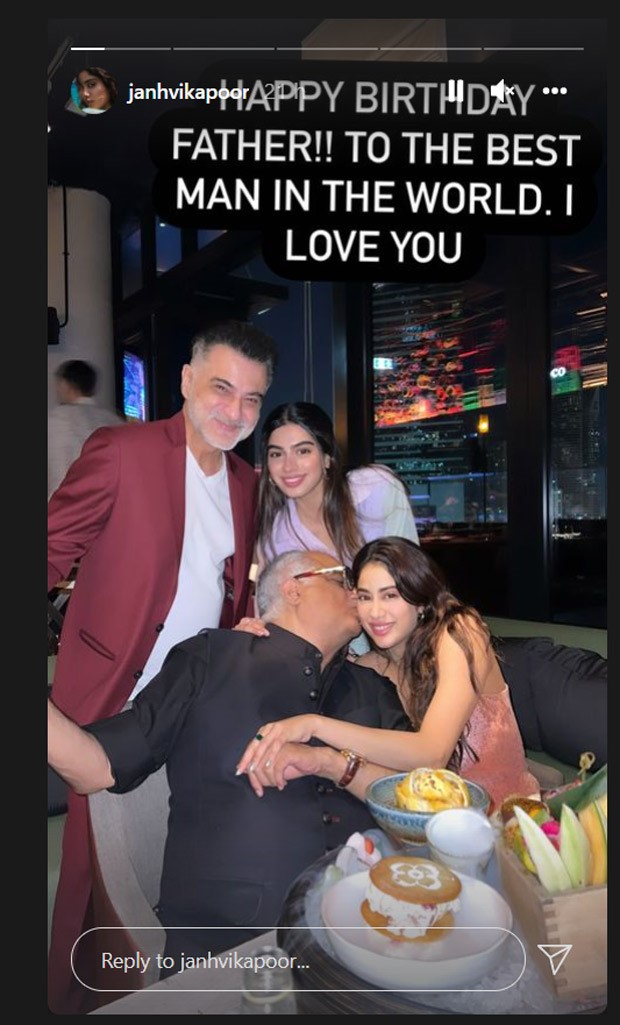 Arjun Kapoor and Anshula Kapoor, who are Boney's children from his first wife, late Mona Kapoor also wished him. Arjun shared a childhood picture with his sister Anshula and Boney. He captioned the picture, “Being selfless isn’t something one can be taught it’s an in built machinery that exists among very few people, I happen to be the son of one of those people... I’ve seen & heard stories of dad going out of his way to help find solutions for others and forgetting to help himself & fulfilling his needs before all that... it’s not easy being selfless & surviving happy birthday to a man who has not only survived but lived like a King thru it all.... love you dad.”

Anshula wished her dad by posting a picture from the Diwali party. She captioned the picture, “#HappyBirthdayDad.”

As per reports, Khushi will be making her Bollywood debut with Zoya Akhtar's next film, which is inspired by the classic Archies comics. Meanwhile, Janhvi will be next seen in Siddharth Sengupta's directorial Goodluck Jerry. She will also be seen in H. Vinoth's Tamil film, Valimai, which will be produced by Boney Kapoor and will also star, Ajith Kumar, Huma Qureshi, and Kartikeya Gummakonda.