Ali Fazal, popularly known as 'Guddu Bhaiya' from his crime drama web-show on Amazon Prime, will next be seen in another Hollywood project titled Kandahar, co-starring, Gerard Butler. The movie's shoot schedule recently wrapped up in Al Ula in Saudi Arabia and the actor has now shared some candid images with his co-star and the team of the film. In the pictures, all of them can be seen posing for some picture-perfect moments. 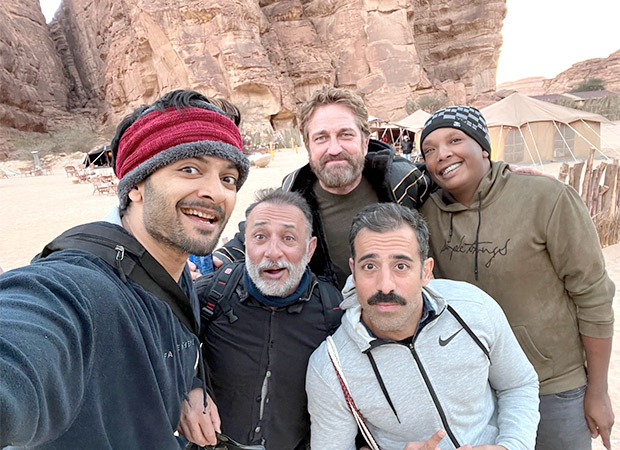 Bankrolled by John Wick fame Thunder Road Films and Capstone group, Kandahar commenced shooting in Saudia Arabias Al Ula in December. This film marks the first collaboration between Ali and director Ric Roman Waugh, who has previously worked with Butler in widely appreciated and noteworthy projects like Greenland and Angel Has Fallen.

On the work front, Ali was last seen in the Netflix anthology Ray, which was based on the works of iconic filmmaker Satyajit Ray. He is also shooting for filmmaker Vishal Bharadwaj's directorial Khufiya.

ALSO READ:Ali Fazal captured with Gerard Butler in a fun moment on the sets of Kandahar