Popular Bollywood actor Ali Fazal took to social media to share images from the sets of his upcoming Hollywood film, Kandahar. The actor is seen standing next to co-stars Navid Negahban and Gerard Butler, with a rather quirky expression. The film, based on true incidents, draws inspiration from the life of a former military intelligence officer's experiences at the Defense Intelligence Agency in Afghanistan. 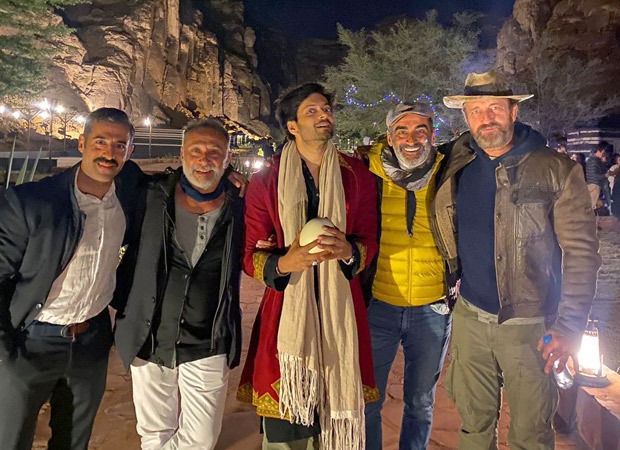 Bankrolled by 'John Wick' fame Thunder Road Films and Capstone group, Kandahar commenced shooting in Saudia Arabias Al Ula in December. This film marks the first collaboration between Ali and director Ric Roman Waugh, who has previously worked with Butler in widely appreciated and noteworthy projects like Greenland and Angel Has Fallen. Well, we hope that Kandahar is the start of many new collaborative ventures for Ric and Ali as this exclusive picture and all the buzz around the intriguing film has already made us super excited. 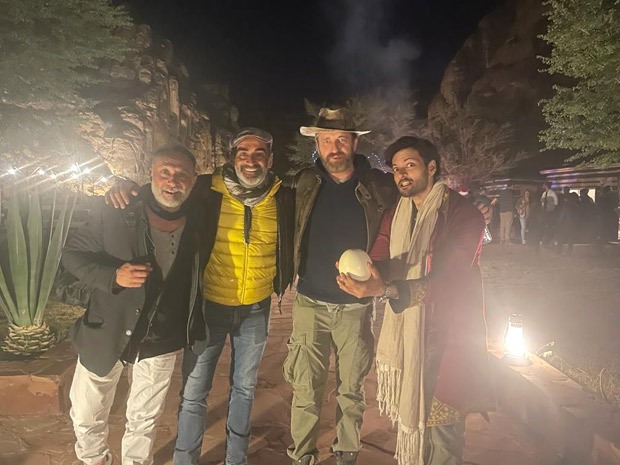 On the work front, Ali was last seen in the Netflix anthology Ray, which was based on the works of iconic filmmaker Satyajit Ray. He is also shooting for filmmaker Vishal Bharadwaj's directorial Khufiya along with yet another project with Gal Gadot after Furious 7, called Death On The Nile, slated for a worldwide release on 11th Feb.