Alaya F is currently riding high on the success of her debut film Jawaani Jaaneman and took all the hearty comments of the audiences and critics alike the fans already want to see more of the actress. Alaya always makes sure to give major fashion goals with her sartorial choices and the fans can't get enough. As the weather changes from spring to summer so does Alaya's fashion game. 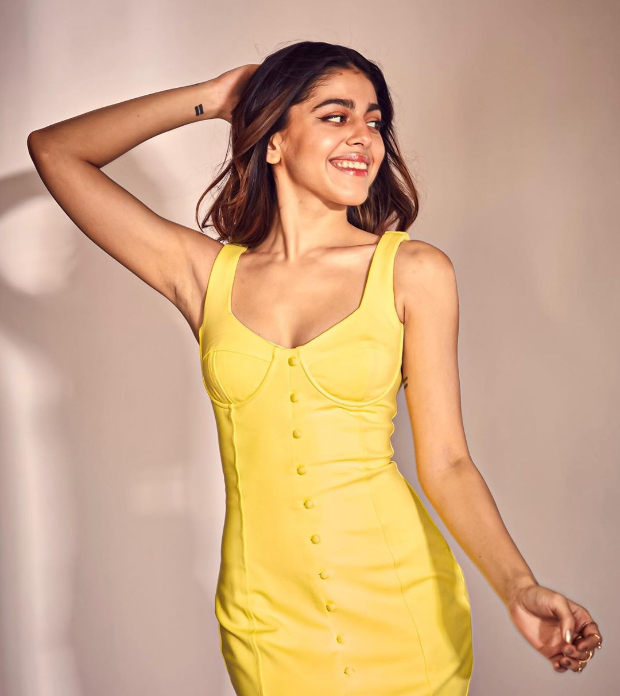 Alaya sharing her summer transition shared, "पीला नशा????." She sported a sun yellow micro button detail corset ponte dress from Lavish Alice brand that costs Rs. 6367.45 ( 80 Euro) and paired it with a silver open toe tie-up stilettoes. The actress had a super glowy and dewy perfect summer make-up look with a winged-liner. The actress kept her hair open with perfect beachy waves. and stacked some rings. 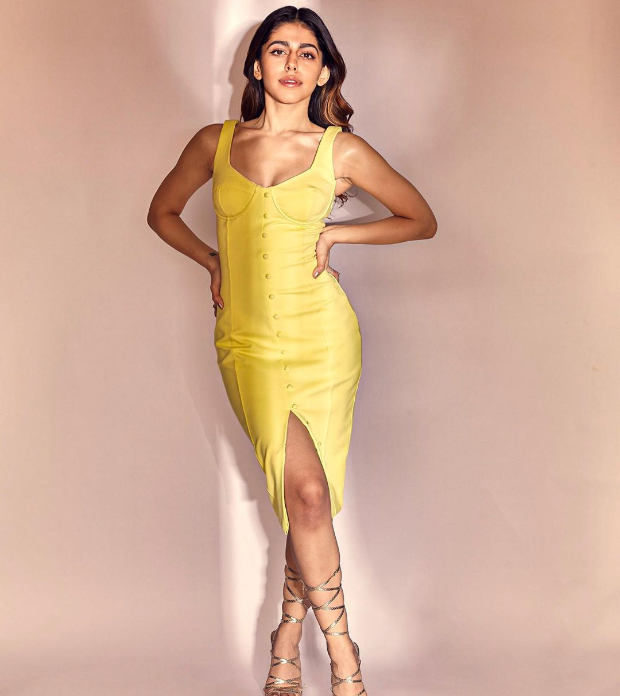 After making Bollywood debut, Alaya will be seen in Pooja Entertainment's next. The actress has also signed her next with Junglee Pictures. The film is titled Stree Rog Vibhag and will be cast opposite Ayushmann Khurrana.