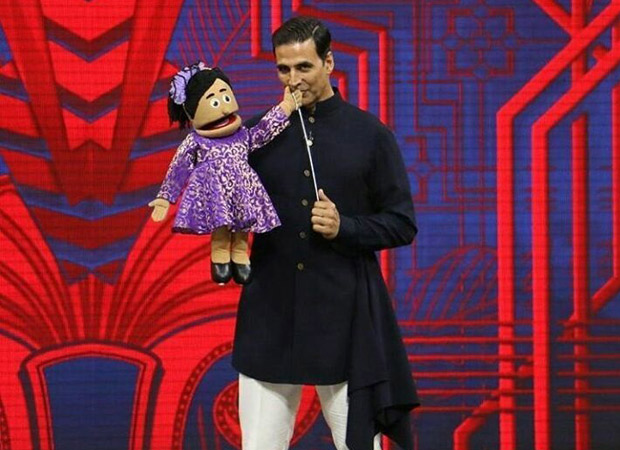 Akshay Kumar, who seems to be enjoying his stint as a judge on the comedy reality show The Great Indian Laughter Challenge, recently was left in awe of a contestant. Vignesh Pandey managed to leave the superstar so impressed with his ventriloquism skills that now Kumar has expressed his desire to learn the art.

Vignesh Pandey has of late gained quite a bit of popularity owing to the rib tickling jokes that he cracks along with his puppet doll Anna. In fact, the actor was so fascinated by the way Vignesh modulates and speaks for Anna, that he expressed his desire to learn the art and the contestant was more than happy to turn his teacher. In fact, we now hear that Akshay will even be starting his lessons soon. If his schedule permits and he gets to attend more of ventriloquism classes, the superstar might even perform a gig on the show.

Producer Ashvini Yardi, who has collaborated with Akshay Kumar for films like OMG! Oh My God and Singh Is Bliing, is not only left impressed by the actor’s enthusiasm for learning something new but also revealed that Vignesh is all set to start his lessons from this week onwards.

On the film front, Akshay Kumar is gearing up for the release of the unconventional film PadMan along with the trilingual sci-fi 2.0 and period sports biopic Gold. He has also been signed for Bhushan Kumar’s Mogul and Karan Johar’s Kesari.