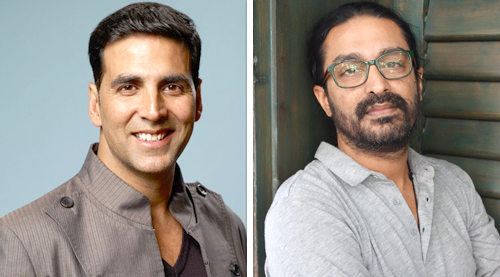 It has finally started happening. Good films are being recognized and though they may not be earning blockbuster tags on the first day

of their release, audience feedback and critical acclaim is ensuring that a long run is on the cards. After Bajirao Mastani, now it is time for

Airlift to complete 50 days at the Box Office.

The film enters its eight week today and also completes a 50 day run. This is a rare achievement in the times when maximum run of even some of the biggest of

films is not more than four to five weeks. The Akshay Kumar starrer, after taking an opening of 12.35 crore, has maintained steady run for seven weeks now,

and in the process collected around 129 crore already. After Bajirao Mastani, which released on December 18, Airlift is the only all-India

success in last two and a half months.

"This pretty much tells the tale," comments an observer, "Dilwale released alongside Bajirao Mastani and opened better but could not sustain.

On the other hand, Airlift has been going from strength to strength. As a matter of fact, the only other film to do super-hit business this year has

What is further remarkable is the fact that, post the release of Bhushan Kumar, Vikram Malhotra and Nikkhil Advani's Airlift, at least 25 new Hindi

films have released but none has proved to be a challenge for its superb run. No wonder, the film is getting special shows for itself in its eight week now

to celebrate its 50 day run. Buoyed by the success of Airlift, the makers of Akshay Kumar's next film, Rustom, have started its promotion well

in advance even as the shooting is still underway en-route Independence Day weekend release.

Now it has to be seen if Neerja, which has entered in its fourth week and has already collected close to 70 crore, will replicate the feat as