The Ambanis are all set to create headlines with yet another grand affair and this time with Akash Ambani and Shloka Ambani's wedding. The couple, who got engaged last year, is all set to tie the knot on March 7. While many A-listers are attending the pre-wedding festivities, a couple who is grabbing attention is Malaika Arora and Arjun Kapoor. 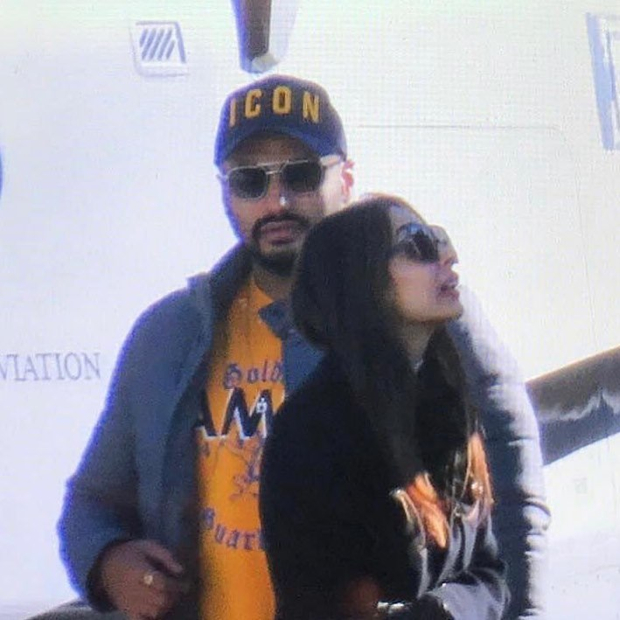 Malaika Arora and Arjun Kapoor have been together for a while but those were speculations until a couple of months when they started making public appearances. From dinner dates to partying with friends, it was confirmed that they are indeed together. Now, they are attending the wedding festivities together and we have a picture to prove it. They were seen together and the photo has gone viral online.

In the upcoming episode's promo, Malaika Arora is seen admitting that she likes Arjun Kapoor this way or that way. There are a lot of rumours around their wedding as well and Karan Johar has often hinted on KWK several times that there might be another wedding in the industry. In the grand finale episode, he even asked Kareena Kapoor Khan if she'll be the bridesmaid at Malaika Arora's wedding. While the actress didn't answer his question, it surely added more fuel to the fire.

Arjun Kapoor, on the work front, will be starring in two movies this year - Sandeep Aur Pinky Faraar and Panipat.