Actor Ajay Devgn is very happy as daughter Nysa has given him a green signal for his latest movie Bhuj: The Pride of India. The actor was in two minds about his family and especially his daughter approving of the movie. But he has finally heaved a sigh of relief as they all have given a good response to the movie. Ajay Devgn had taken Kajol, Nysa, and Yug for the special screening of the movie in Mumbai. 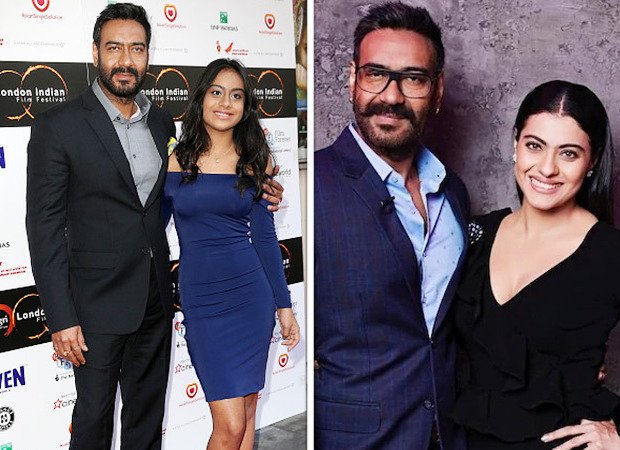 Ajay Devgn receives a green signal from daughter Nysa and wife Kajol for his recently released movie Bhuj: The Pride of India

Ajay Devgn is relieved that his Nysa who is the biggest critic of his films really liked Bhuj: The Pride of India, but she is not a supporter of his every film and straight away admits to her father if she doesn't like a particular film of his. The actor was left surprised as Nysa admitted the movie to be practical, rational, and non-melodramatic. He revealed that his children are big fans of Hollywood films and their likeness towards Bollywood is less.

Ajay Devgn's doting wife and actress Kajol also expressed her thoughts and gave her review about the film. She uploaded Ajay's scene from the movie on her Instagram page and captioned it, "My theatre experience after soooooooo long! What an awesome high…reminds us of all the things we take for granted without ever worrying about who is giving us the safety and security of just being normal.. a hats off salute to all those real life action heroes who keep us safe everyday of their very unsafe lives". She also requested her fans to watch Bhuj: The Pride of India on Disney+ Hotstar VIP at 5:35 pm.

Also Read: The Kapil Sharma Show to premiere in August; Bhuj actor Ajay Devgn had fun with the cast