Ajay Devgn, who will be next seen in Maidaan, is mourning the loss of legendary footballer PK Banerjee. The actor had met him during the Kolkata schedule of his film where the footballer shared details about his career. 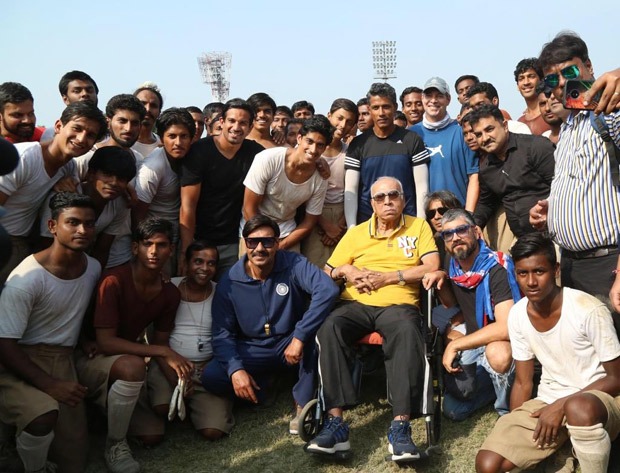 "Had the good fortune of meeting football legend PK Banerjee in Kolkata during the Maidaan schedule in November. Sad to hear about his demise. RIP, the man with the golden kick #PKBanerjee," Devgn tweeted on Friday.

Had the good fortune of meeting football legend PK Banerjee in Kolkata during the Maidaan schedule in November. Sad to hear about his demise. RIP, the man with the golden kick #PKBanerjee. pic.twitter.com/ckqszWD9Og

PK Banerjee was felicitated with Padma Shri in 1990, and the Arjuna Award in 1961. He was awarded FIFA Order of Merit (Centennial), the highest honour accorded by FIFA, in 2004.

ALSO READ: 2 Years of Raid: Ajay Devgn reveals why his film resonated with the audience with a throwback video