Actor Ajay Devgn started the year with the super successful historical drama Tanhaji: The Unsung Warrior. While he played the titular character in the film, Saif Ali Khan played the antagonist. 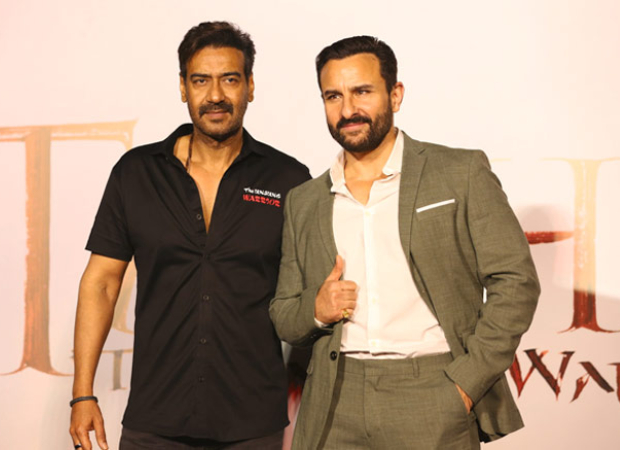 On Monday, the actor who was present at the trailer launch of Rohit Shetty's Sooryavanshi was asked about his rapport with Saif Ali Khan and reports of a feud between the two. Responding to the question, Ajay Devgn sarcastically said that he beat up Saif Ali Khan and even broke his legs that the actor is now unable to walk. "I don't know where you get such reports from. There is nothing of the sort," the actor further said.

Meanwhile, Tanhaji: The Unsung Warrior which released in the second week of 2020 turned out to be a huge success at the box office. The film which also starred Kajol in a pivotal role is still running successfully in the cinemas.

Ajay Devgn will next be seen in a special appearance in the Akshay Kumar starrer Sooryavanshi. He will be seen as Singham in the cop-drama and will be joined by Ranveer Singh who will be seen as Simmba. The film is slated to release on March 24.