Karan Johar and Shah Rukh Khan's friendship goes way back. The two had even co-starred in one of the most iconic Bollywood films- Dilwale Dulhania Le Jaayenge. Karan Johar recently took to his social media handle and shared an old picture of Shah Rukh Khan and himself dancing at Sanjay Kapoor and Maheep Kapoor's sangeet ceremony. 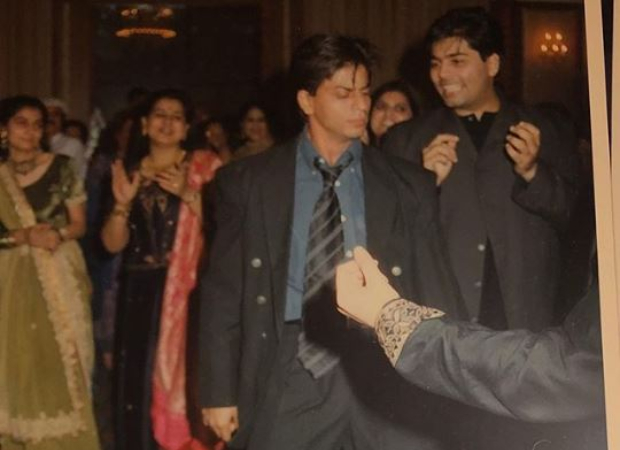 In the picture, Shah Rukh Khan can be seen doing the ‘Chaiyya Chaiyya’ step, while Karan is seen trying to match up. Sharing the picture, Karan Johar wrote, "Throwback to @sanjaykapoor2500 and @maheepkapoor ‘s sangeet! The superstar shakes a leg and don’t miss the out of sync background dancer! #throwbacktuesday"

Throwback to @sanjaykapoor2500 and @maheepkapoor ‘s sangeet! The superstar shakes a leg and don’t miss the out of sync background dancer! #throwbacktuesday

Meanwhile, fans of the Chak De! India actor is eagerly waiting for him to announce his next project. The actor was last seen in the 2018 film Zero which did not do well at the box office. Ever since the actor has taken a break from acting. The actor will next be seen in a cameo in Madhavan starrer Rocketry: The Nambi Effect and next in a special role in Ayan Mukerji’s directorial Brahmastra.