Akshay Kumar will next be seen in the Rohit Shetty directorial Sooryavanshi. The trailer of the film was launched earlier today in a grand event in Mumbai. Actor Ajay Devgn who was the first cop from Rohit Shetty's cop universe was also present at the launch. 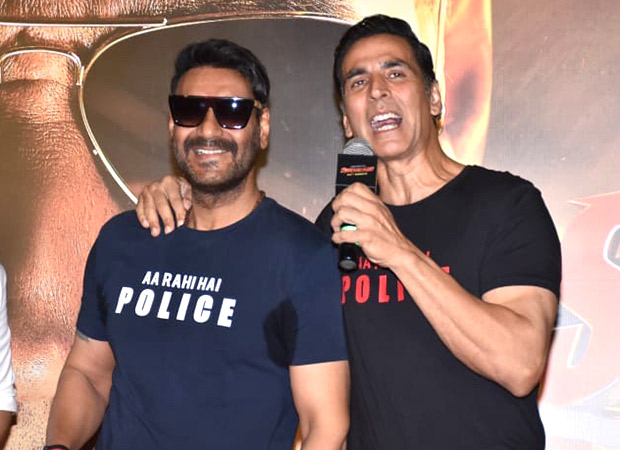 Both Akshay Kumar and Ajay Devgn have a very strong fan base and the two sides are often seen fighting with each other on social media in an attempt to elevate their favourite star.

At the trailer launch event, Akshay Kumar and Ajay Devgn appealed to their fans to not fight amongst each other in their name. Addressing the audience Ajay Devgn said "Akshay and I are here together so we both want to tell fan clubs that please don't fight among yourselves. We see that our fans fight with each other. So, we want to say that we both have always supported each other and we have made this film with a lot of love. So, you all also please go and watch this film with each other."

Also Read: Ranveer Singh arrives late at the Sooryavanshi trailer launch and his reaction is hilarious!