Aishwarya Rai and Abhishek Bachchan’s daughter Aaradhya Bachchan is often papped with her parents. Recently a video of her reciting a Hindi poem had gone viral on the internet. An unseen picture of Aaradhya at her school assembly has been making rounds on social media. Many of the fan pages of Aishwarya, Amitabh and Abhishek Bachchan have been re-sharing the picture on social media. 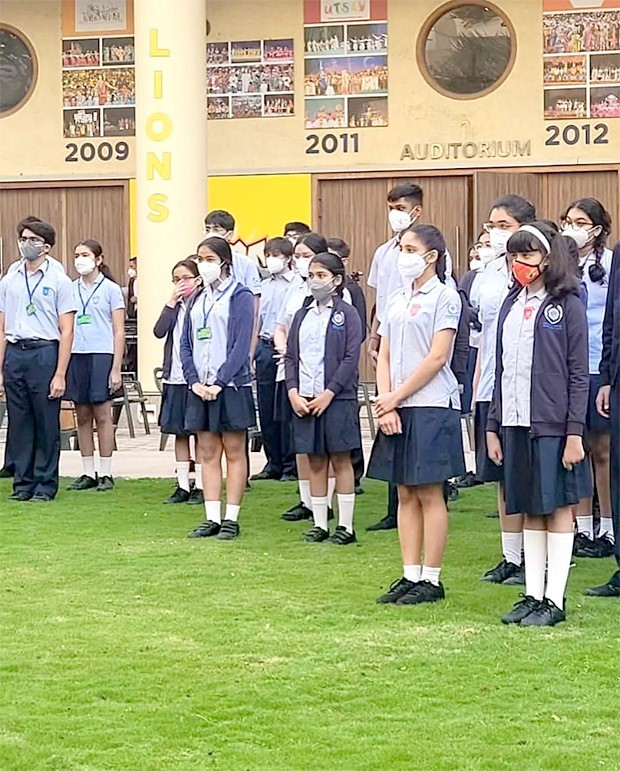 Aaradhya attends Dhirubhai Ambani International School in Mumbai. In the picture she is seen wearing a mask which is absolute to wear for students, teachers and staff since schools were re-opened few weeks ago. She is also seen standing with the other students in school ground. From the caption it can be noted that the picture is from the Republic Day celebrations held in school.

Netizens showered love on the picture shared with some of them even commenting on it, “Not because she is Bachchan. Just if we compare her among others. Her wearing and body language is superb among other.” Another user called her “cute”.