Finally, after a long wait, the teaser of one of the most anticipated films of the year, Adipurush, is out. In attendance at the teaser’s launch were the film’s producer Bhushan Kumar, director Om Raut, and actors Prabhas, and Kriti Sanon in Ayodhya. Hours after the teaser was launched, Bollywood actress Kareena Kapoor Khan took to her social media handle and gave a shout-out to it. 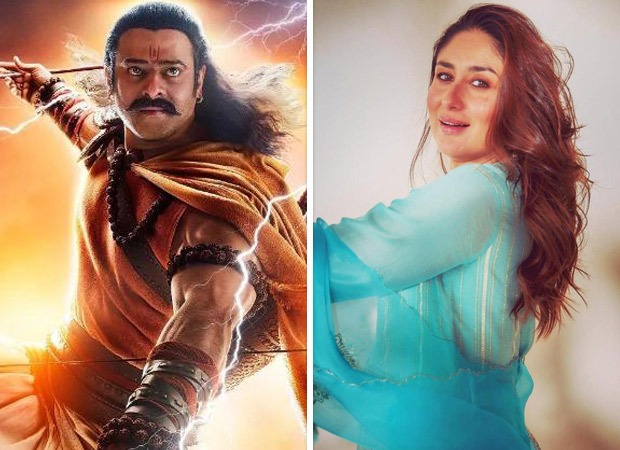 The actress re-shared the teaser video on her Instagram story section and tagged the lead actors and director of the film, along with a hashtag, which read “Saif Ali Khan”. Without giving any caption, the actress dropped a GIF, featuring three red hearts. 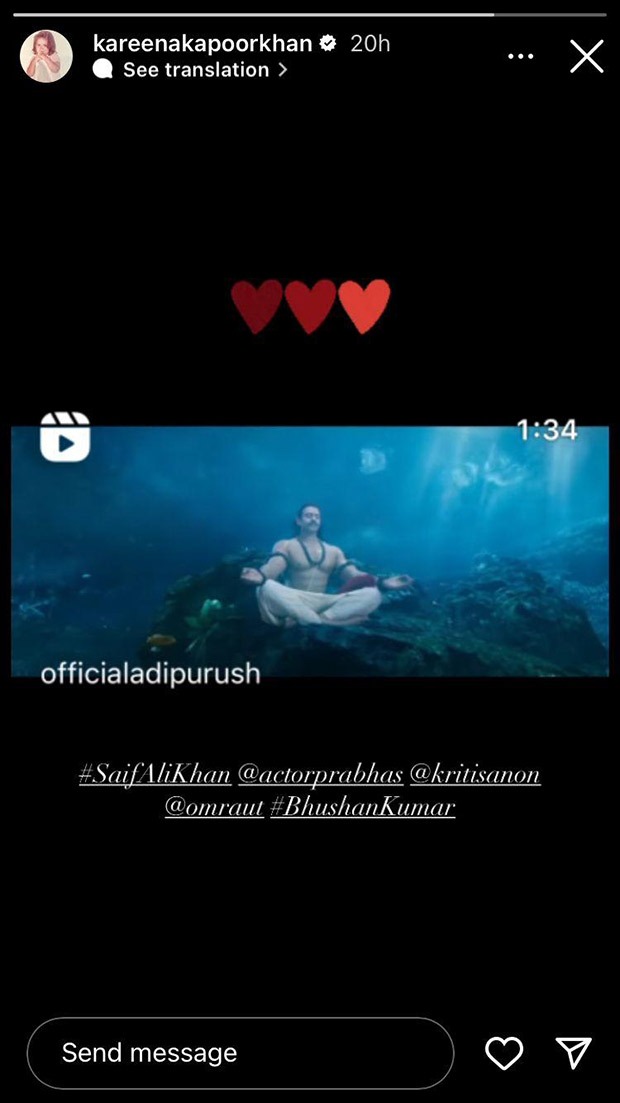 Making the teaser release special was the unveiling of the 50-foot poster that rose from the river Sarayu. Talking about the teaser of the upcoming film, while the audience has been left stunned, some from the industry have been left in awe of the film. One such person was filmmaker Milap Zaveri who took to Twitter to talk about the teaser.

Expressing his reaction to the teaser of Adipurush in words Milap posted, “Had goosebumps in the last shot of #Adipurush teaser!!! Save this tweet. This film will create box office history all over the world with all age groups! ???????????? #Prabhas.”

Coming back to the teaser launch, Prabhas said he was afraid to do the role. The actor said, “I was really frightened to portray this character. After three days of fear, I called Om (Raut). We made the film with lots of love and respect. Now, we need Lord Rama’s blessings. Jai Shree Ram.”

Produced by T-Series Films and Retrophiles, the film features Prabhas as Lord Ram, while Kriti plays the role of Sita. Meanwhile, Saif Ali Khan will essay Lankesh. Adipurush is a visual extravaganza slated to release on January 12, 2023, in IMAX and 3D. It will be released in Hindi, Tamil, Telugu, Kannada, and Malayalam in theatres.