Well, we definitely have several incidents where social media hasn’t reacted kindly to the ones who point fingers at their role models. And this time around, it is Thala Ajith fans who aren’t very happy with Siddharth despite the fact that the actor called the Tamil superstar a cool role model. While Siddharth rejoiced the IPL, a comment of the fan about match fixing, triggered the South actor to respond to it on Twitter. He asked the fan to respect hard work if he is a Ajith fan but Sid’s comment didn’t go down well with fans of Ajith. They started heavily trolling the actor for disrespecting a senior. 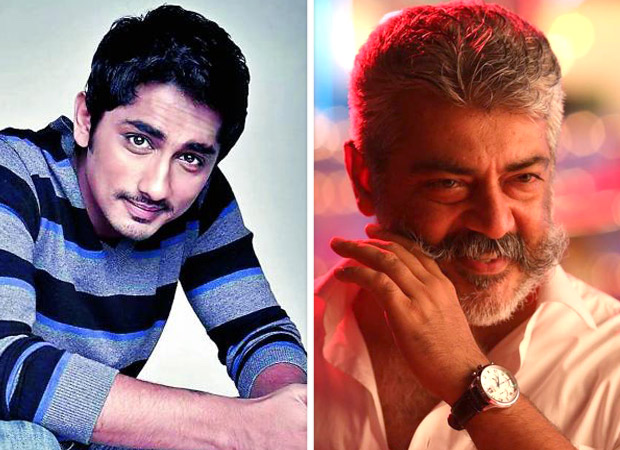 It seems that fans of Chennai Kings were quite displeased with the trophy going to Mumbai Indians who won the IPL finale earlier this weekend. Many of them took to social media to lash out wherein they claimed it to be a match fixing gimmick. Here’s when Siddharth decided to respond to the fans on Twitter. He said, “First... Shut up and learn to respect the game. There is no match fixing in today's game. These athletes give their everything to entertain us and to show their potential. The only in this case is poor sports fans like you. #IPL,” he said to one of the fans.

If you respect Ajith, then learn to respect hard work. Otherwise no point having such a cool role model. https://t.co/cvQVl6XjHk

Followed by that, fans slammed the actor and asked him to speak about his senior respectfully! Here are a few tweets that trolled Siddharth for dragging Ajith in this IPL debate!

Dae frst you respect Him As Ajith Sir

Bro nothing to do with ajith. Here everyone has personal choice in ipl.

@Actor_Siddharth dei u first respect him as Ajith sir then come to your foolish advices.....ne actor ah irunthu enna projanam.... U first learn to respect your seniors in your industry like our Thala Ajith sir

Lol, First you learn to appreciate others hard work then give lecture.. Flop actor doing full time lecturing on twitter!

Just because he has Mr. Ajith photo, you assumed and tweeted bull shit which is equivalent to the bull shit he made for your tweet. Preaching is easy with mouth service and when it comes to twitter , it is much easier , just type. ????‍♂

Also Read: Siddharth takes a sly dig at Akshay Kumar after he clears rumors about his Canadian citizenship