T-Series and Colour Yellow Production have dropped another hit number 'Aap Jaisa Koi' from their upcoming film An Action Hero! Ayushmann and Nora's pair had raised the heat for the audience in 'Jedha Nasha'. With the addition of the dancing queen Malaika Arora, the filmmakers are intensifying the charm of the film. Giving the fans another groovy dance number, the makers released 'Aap Jaisa Koi' featuring Ayushmann Khurrana and Malaika Arora today. 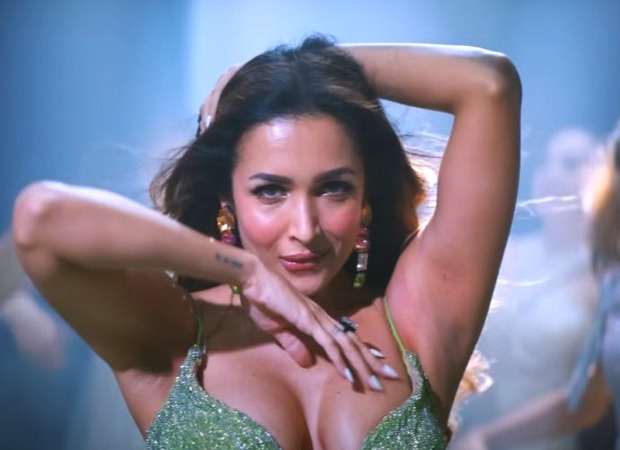 'Aap Jaisa Koi' is a feet-tapping number with a hint of charm that the duo add to it. Apt to be called the most enthusiastic and infectious number of 2022, the song is sure to be played on a loop as the new year comes closer. Amid a western and party backdrop, the song essentially gives us a retro vibe where Ayushmann and Malaika dance to the number in perfect synergy.

Best known for her hit dance numbers, Malaika gives us the most sensational song with her interesting pair-up with Ayushmann Khurrana. The song is weaved by Indeevar & Tanishk Bagchi, with its music given by Tanishk Bagchi & Biddu and sung in the astonishing voices of Zahrah S Khan and Altamash Faridi. The song is directed and choreographed by Vijay Ganguly.

Tanishk Bagchi, music director for the film spoke on the making of the song "'Aap Jaisa Koi' is a very refreshing number. "I had the most fun time working on it. Ayushmann and Malaika's pair would be a fresh one. I wanted this one to encompass all the elements of a perfect dance number. It has charm, beats, a hint of glam and an interesting pair. Zahrah did full justice to the vocals. The audience is going to love it," he said.

Zahrah Khan, one of the singers of the song said - "'Aap Jaisa Koi' is a classic and it was a dream come true to bring it back to life again & when I got to know it’s featuring Malaika Arora I was even more excited cuz she was on my list of actresses I wanted to do playback for & Tanishk Bagchi as always has killed it with the track so I’m very grateful to be a part of this song.

Playing the lead in the film, Ayushmann Khurrana commented - "'Aap Jaisa Koi' is a foot-tapping track and I am sure it is going to be a chartbuster this party season. I thoroughly enjoyed shaking a leg with Malaika and learnt some grooves. I'm sure it'll have a connection."

"'Aap Jaisa Koi' has a very groovy vibe. Not once we felt like we were shooting or rehearsing for the song, but just enjoying our time with it. Ayushmann and I enjoyed it to the core. He has got some great moves. I am excited to see how fans will react to the song," added Malaika Arora.

The makers are really into surprising the fans with one after other interesting reveal from the film. After 'Jedha Nasha's surprise teaser reveal at Pune and its smashing release on social media, they planned on dropping another, chartbuster with 'Aap Jaisa Koi'. Guess, they've done it right!

The recently released trailer of the film had given us a peek into the film's unique blend of genres. Ayushmann Khurrana and Jaideep Ahlawat's performances light up the interesting storyline. The makers now gear up for a thundering release next month.

With its slick action and offbeat, satirical sense of humour, An Action Hero is slated to hit the big screen this December 2.

Also Read: Akshay Kumar to have a cameo in Ayushmann Khurrana starrer An Action Hero