Bollywood actor Abhishek Bachchan is quite active on Twitter and sometimes responds to his fans and also hits back at trolls. The actor who is known for his witty responses has one again given it back to a Twitter user who tried to troll him using the nepotism debate. 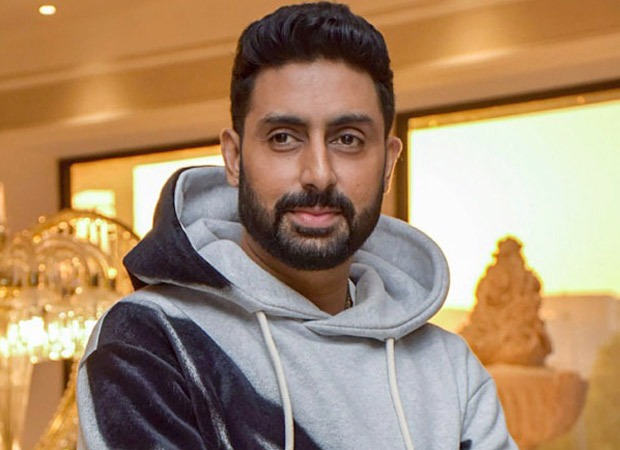 The Twitter user said that people should start supporting talent and pointed out that actress Prachi Desai has 1.3 million followers on the micro-blogging site while Abhishek Bachchan has 15.3 million followers. "OUTSIDER VS NEPOTISM @ItsPrachiDesai 1.3M followers @juniorbachchan 15.3 M followers And you guys are expecting good from #Bollywood. I meanHow? Its high time that we should start appreciating and supporting #talent not #face/ #Nepotism," he wrote tagging the Twitter handles of the PMO and actress Kangana Ranaut and a fake handle of TV anchor Arnab Goswami. 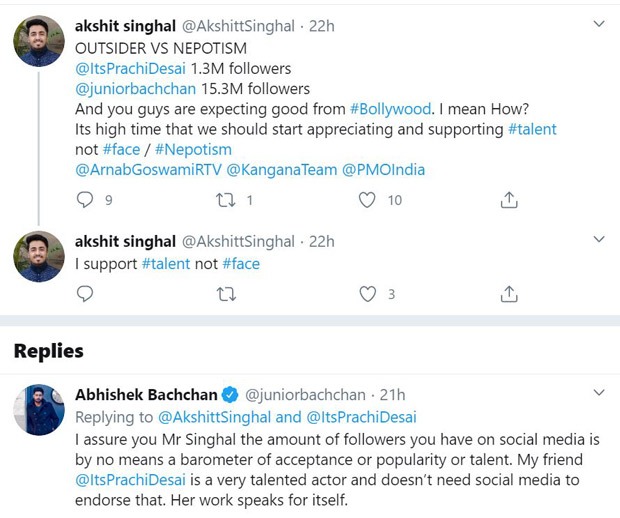 Responding to the Tweet, Bachchan wrote, “I assure you Mr Singhal the amount of followers you have on social media is by no means a barometer of acceptance or popularity or talent. My friend @ItsPrachiDesai is a very talented actor and doesn’t need social media to endorse that. Her work speaks for itself.”

Abhishek Bachchan and Prachi Desai were cast opposite each other in the film Bol Bachchan. The film directed by Rohit Shetty also starred Ajay Devgn and Asin.

ALSO READ: Abhishek Bachchan resumes work on The Big Bull, urges everyone to wear a mask