Touted as the biggest masala entertainer of the year, Abhimanyu Dassani's Nikamma has created a huge buzz amongst the audience for its entertainment quotient. Packaged with action, romance, comedy, and drama, Abhimanyu Dassani encompasses all elements for the ideal massy hero, a space ruled by Govinda in the 80s and 90s. 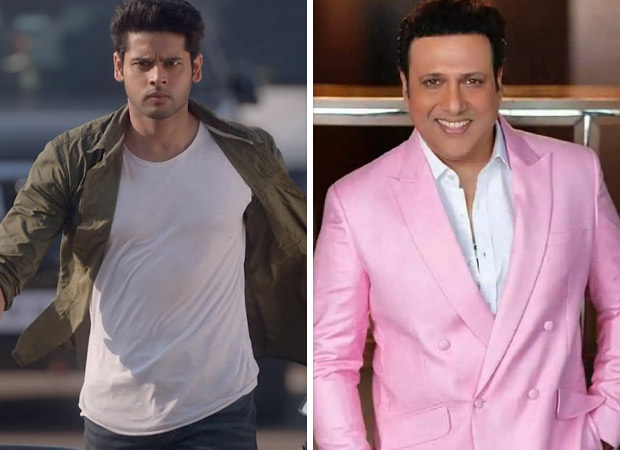 Abhimanyu Dassani prepared himself for Nikamma by re-watching Govinda films

Preparing for his role, Abhimanyu Dassani re-watched a lot of Govinda films to get into the skin of his character.

Recently the trailer launch of Nikamma, Abhimanyu revealed the inspiration of his preparation for the role including watching Govinda's films to immaculate the mannerisms and style of his character.

Sharing about his preparation process for Nikamma the actor said, "The genre of this film is so different from the other genres that I've done. I definitely needed a lot of workshops with Sabbir sir, to cater to this character. I watched a lot of commercial cinema, I really enjoyed re-watching a lot of Govinda sir's films. He's supremely talented and I enjoyed my afternoons, re-watching his films."

Driven by Abhimanyu Dassani's character Adi, Nikamma reveals the story of a young, jobless, carefree boy who transforms into a responsible and reliable person when it comes to his family.

Co-starring Shirley Sethia and Shilpa Shetty, Nikamma is directed by Sabbir Khan and is slated to release on 3rd June 2022.

Having made his debut with the internationally acclaimed Mard Ko Dard Nahi Hota, Abhimanyu is known to deliver unconventional performances through his interesting choice of characters. Last year with his digital debut Meenakshi Sundareshwar, the young actor impressed the audience with his lovable and simple performance, winning hearts as well as awards across quarters.

With an interesting lineup including the family comedy entertainer Aankh Micholi, Abhimanyu Dassani is carving his path to stardom with one project at a time.