Aamir Khan recently shot for a dance number for the film Koi Jaane Na. The song titled 'Har Funn Maula' sees the superstar shaking a leg with actress Elli AvrRam. Helping out his good friend Amin Hajee with his film, Aamir will be seen playing the perfect lover boy. 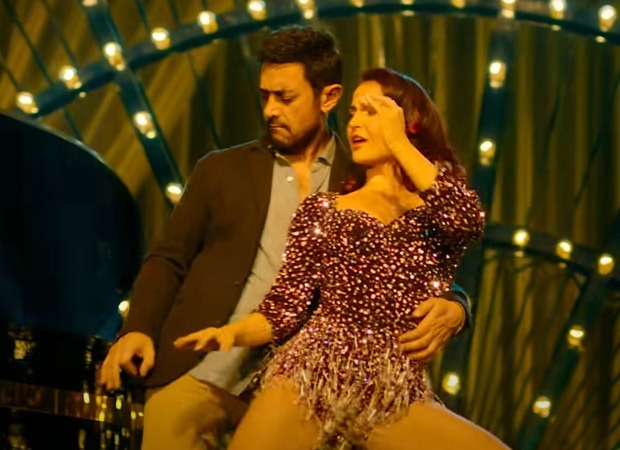 On Monday night, Elli took to her Instagram feed to share a teaser from the song which is all set to release on March 10. Sharing the teaser video, Elli wrote, "Ouchhhh March is gonna be Hot this year.... Get ready to have Funn on 10th of March!!!"

In the teaser we see a pipe smoking Aamir waiting at the bar side inside a club. He is distracted by Elli's arrival and soon joins her on the dance floor.

The lyrics of the song are penned by Amitabh Bhattacharya and the music is by Tanishk Bagchi. Koi Jaane Na has been directed by Aamir's friend, Amin Hajee. Aamir and Amin have worked together on films such as Lagaan and Mangal Pandey: The Rising. The film will be released on March 26.

ALSO READ: Elli AvrRam shares the first look of her dance number with Aamir Khan, the duo sizzles in the still