Last Updated 09.12.2022 | 9:41 AM IST
feedback language
follow us on
Bollywood Hungama » News » Bollywood Features News » Aakanksha Singh chronicles her trip to the Maldives with a set of stunning pictures

After making a memorable appearance as Alia Bhatt’s friend in Badrinath Ki Dulhania, Aakanksha Singh was missing from the Hindi film screens for some time. During which, she made her Kannada film debut with Pailwaan, followed by her Tamil debut with Clap. But now, she is all set to take the Hindi film industry by storm with a lot of exciting projects in her kitty. 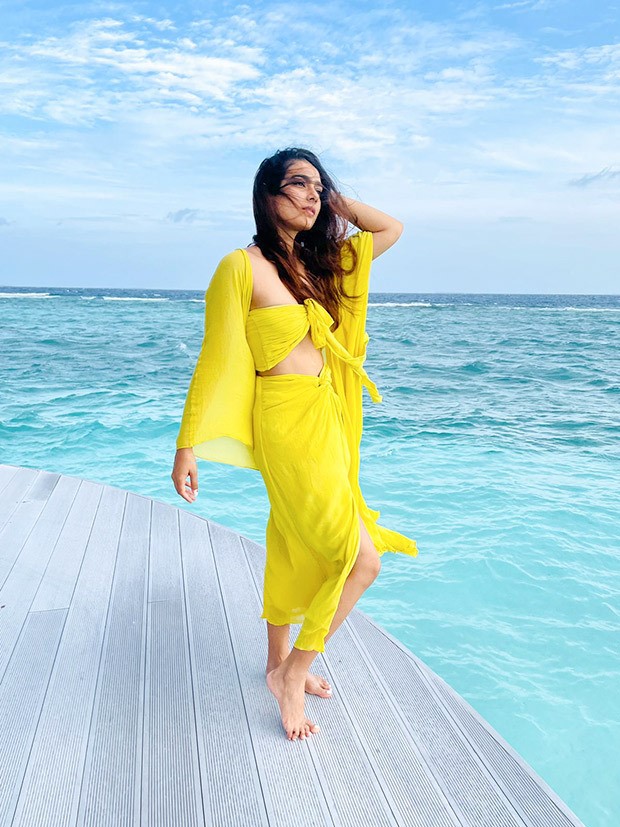 The actress has been working back-to-back for a while now, so to take a break from it, Aakanksha flew down to The Maldives recently on October 14 for a mini vacation. She was accompanied by her husband, Kunal Sain and the couple seems to have had a gala time together on the island. 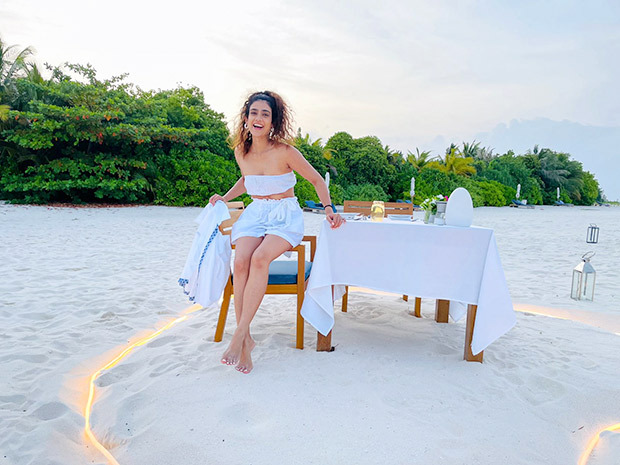 Aakanksha took it to her Instagram to chronicle her short and sweet trip to The Maldives. Along with being her travelogue, it also served as a style diary for the actress who just slayed it in each of her looks. Be it her white casual attire for her welcome at the resort, to the sizzling yellow ensemble she wore for the beach, Aakanksha just slayed it all. 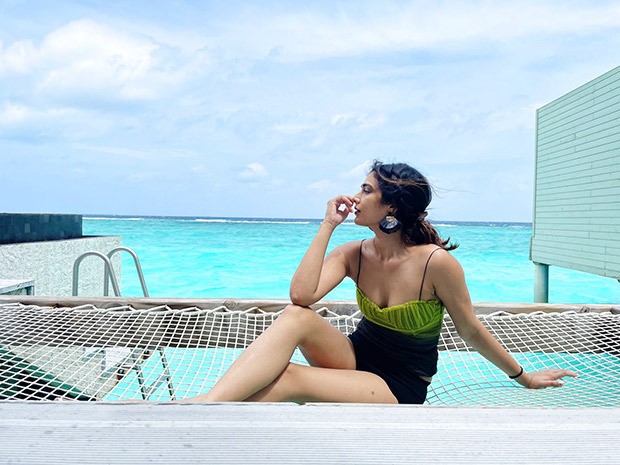 She also shared a glimpse of her “version of paradise” as she woke up to a breakfast in pool with her husband, followed by a rejuvenating spa therapy. Kunal and Aakanksha also took the time to share some loved up pictures of them that just exude the romance between the two, and the actress just looks angelic there. Slow dancing under the moonlight, cycling and walks on the beach constituted the rest of the trip for the couple. 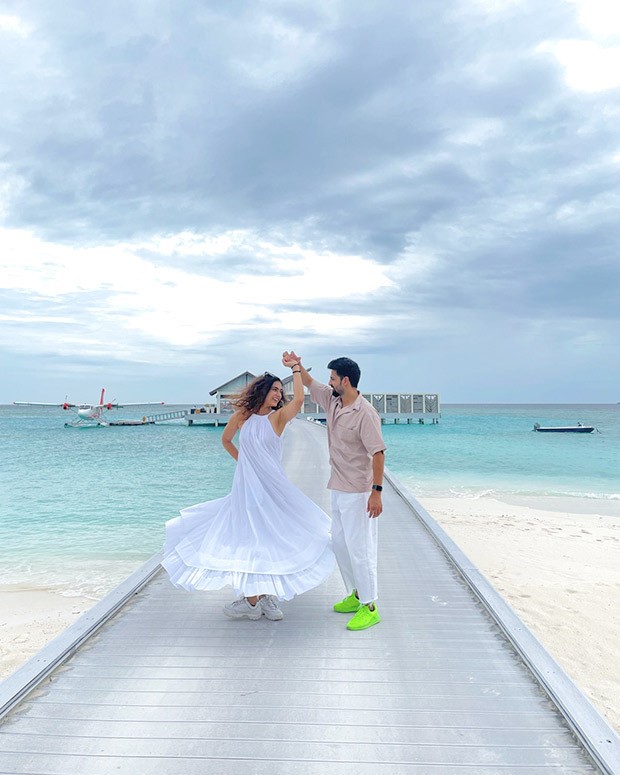 Aakanksha returned all rejuvenated from the trip, raring to get back to work, and with the enviable line up in the offing that she has. First up, Aakanksha will be seen as Ajay Devgn’s wife in Mayday, that also features Amitabh Bachchan and Rakul Preet Singh. Apart from that, she also has a Telugu anthology film titled Meetcute and she is also rumoured to be a part of Shah Rukh Khan’s next with director Atlee. 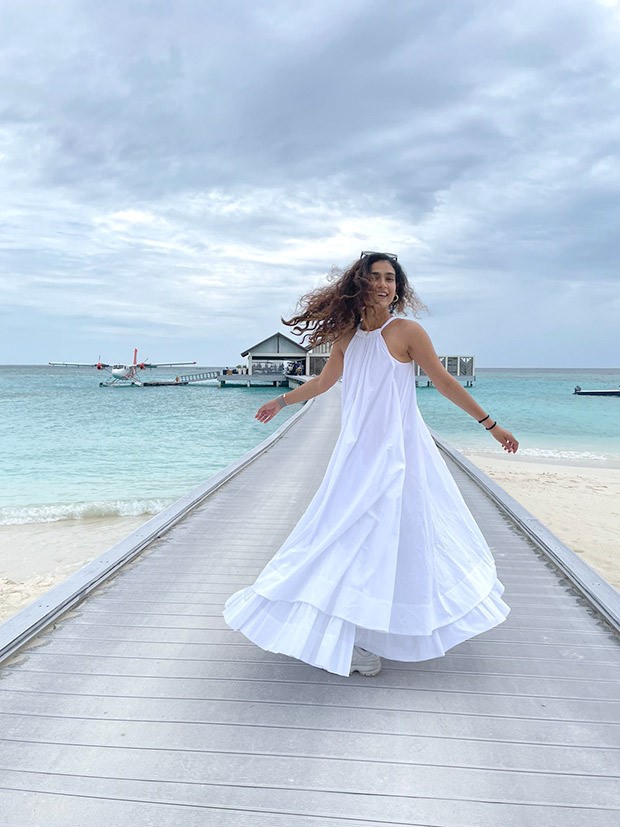 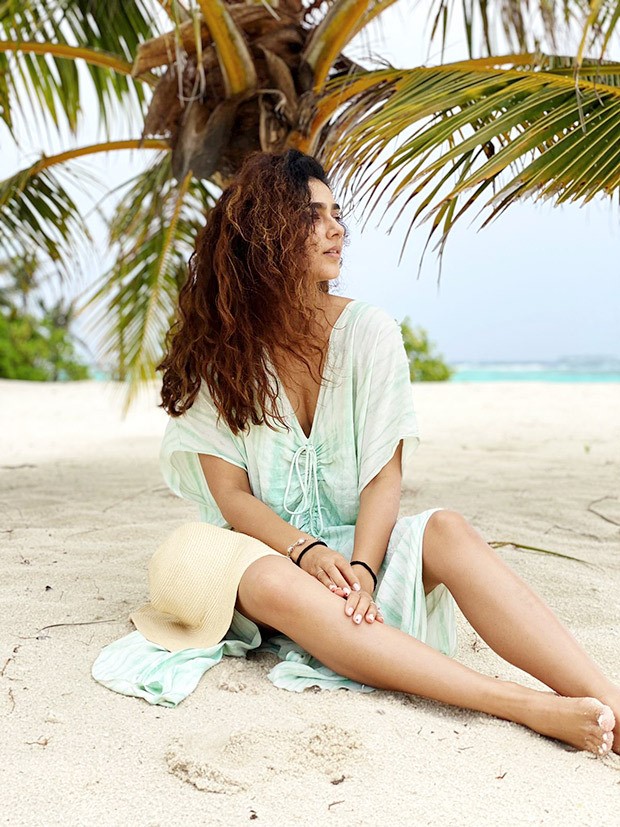 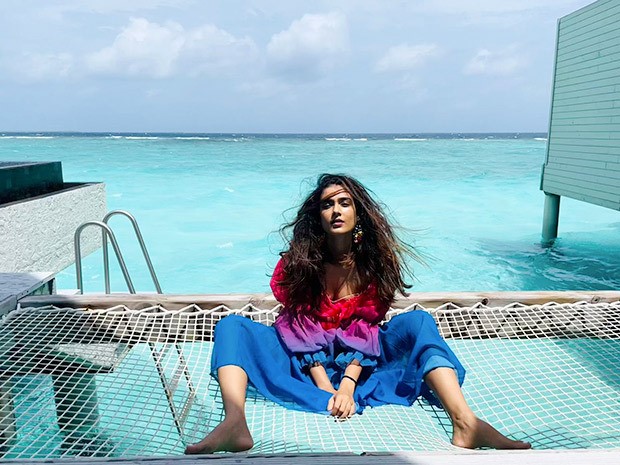 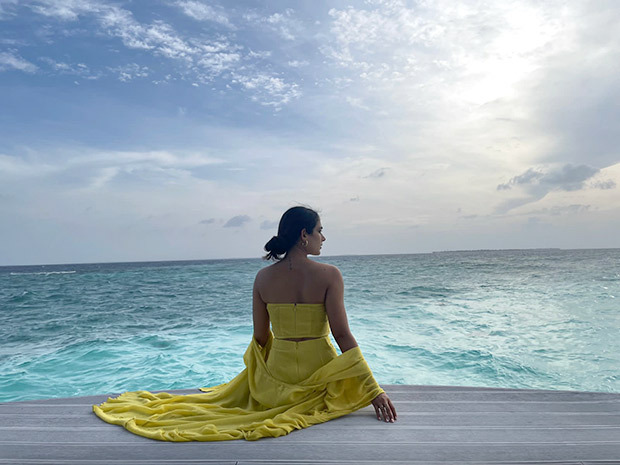