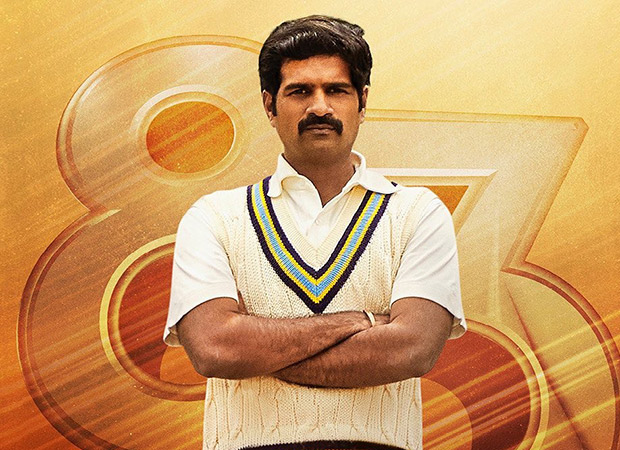 For the last couple of days, the makers of the sports drama '83 have been releasing individual character posters from the film.

The makers took to social media to share the poster with the caption, "The super fast, finest left arm pacer that the Indian team had!  Give it up for the last Devil #SunilValson #ThisIs83".

Ranveer Singh also shared the poster on his social media with the caption, "The Strong, Silent and Staunch Support System of Team India.Presenting #RBadree as the left-handed medium pacer #SunilValson aka VALLY #ThisIs83".

Touted to be the biggest sports film of all time, '83 is being co-produced by Madhu Mantena, Sajid Nadiadwala and Reliance Entertainment. The movie is based on the victory of the Indian cricket team in the Cricket World Cup 1983 lead by the all-rounder Kapil Dev.

The film has already garnered immense appreciation when the first look of Ranveer Singh as Kapil Dev came out in the iconic 'Natraj Pose'. Recently the makers also shared the logo from the movie with the iconic and the most significant number of the history of our sports- 83. The film 83 is all slated to hit the screens on 10th April 2020.