1. Guru Dutt was a reluctant actor. Never wanted to face the camera. The most famous role in Pyasa came to Guru Dutt by default. Dilip Kumar had been signed to play the defeatist post-Nehruvian poet. But then, Dilip Kumar was already doing what he thought to be a similar role in Bimal Roy's Devdas. When the Thespian backed out, Guru Dutt stepped in front of the camera more out of defiance than desire. 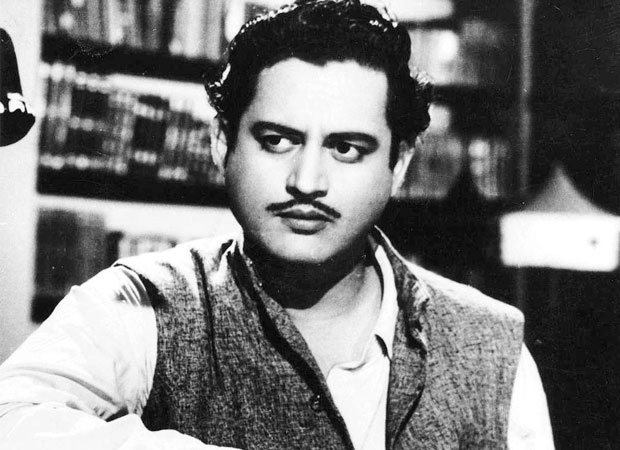 2. In Sahib Bibi Aur Ghulam, Shashi Kapoor was to play the innocent Bhootnath. But again, the casting backfired. Again, Guru Dutt stepped into the role reluctantly.

4. Guru Dutt launched India's first cinemascope film Gouri with his wife Geeta Dutt in the lead. Sachin Dev Burman recorded two songs and Guru Dutt shot a couple of scenes. But, he decided to shelve the film probably because he had imagined his muse Waheeda Rehman in the role. Years later, Waheedaji did a film on the same theme as Gouri-about the rehabilitation of a sex worker-called Darpan.

5. In 1963, Guru Dutt launched India's first colour film Kaneez with Simi Garewal in the lead. It was apparently an Arabian Nights fantasy. This is one project that I am glad Guru Dutt never made. It would have been like Satyajit Ray making Amar Akbar Anthony.

6. After his most ambitious film Kagaz Ke Phool tanked in 1959, Guru Dutt never took official directorial credit ever again although it is believed that Chaudhvin Ka Chand (which did for Guru Dutt after Kaagaz Ke Phool what Bobby did for Raj Kapoor after Mera Naam Joker) was ghost-directed by the Maestro himself.

7. For all his sensitive cinema, Guru Dutt was a ruthless professional in real life. When Sachin Dev Burman fell ill during the shooting of Baharen Bhi Ayengi, Guru Dutt replaced Sachinda with O P Nayyar within no time at all. Dev Anand, on the other hand, postponed the shooting of Guide until Sachinda recovered.

8. In 1964, Guru Dutt took his own life. At that time, he was directing and acting in Baharen Phir Bhi Ayengi. The film was eventually released with Dharmendra playing Guru Dutt's role. In another incomplete Guru Dutt starrer Love & God, Sanjeev Kumar replaced Guru Dutt. They were both born on the same day, and they both died young.

Also Read: When Dilip Kumar met a poet from Pakistan